Taliban government will no longer allow people to leave Afghanistan 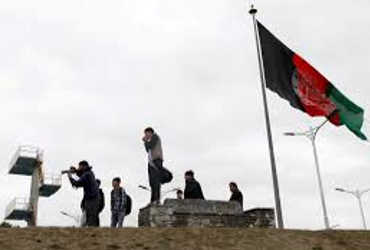 Since the Taliban came to power in Afghanistan, there is an atmosphere of fear among the people. People watching the atrocities of the Taliban are fleeing the country. living as refugees in neighboring countries. However, the Taliban government is now banning Afghans from leaving the country. Strict checkpoints are being made so that no country can run against the Taliban government. Hundreds of people gathered at the international airport after the Taliban captured Kabul. Videos of people sitting on a US cargo plane caused an uproar. People who are afraid of the Taliban are being kept on alert so that no one leaves the country. People are not allowed to fly into Kabul International Airport so as not to take advantage of the evacuation. All roads leading to the airport have been closed.

“We will not let anyone out,” Tabilan spokesman Zabiullah Mujahid said. However, he also clarified that there is no restriction on the movement of foreign nationals residing in Afghanistan. No retaliation will be taken against civilians seeking to stay in Afghanistan. The US military, which is managing the Kabul airport, is also scheduled to leave Afghanistan by August 31. A Taliban spokesman said in a threatening tone that the withdrawal period would not be extended. According to US White House officials, 31,600 Afghans have fled Afghanistan in the past three hours. It is also rumored that there was a meeting between the diplomatic wing of the US intelligence agency and the Taliban. There was no confirmation from the White House, but the Taliban did not deny it.