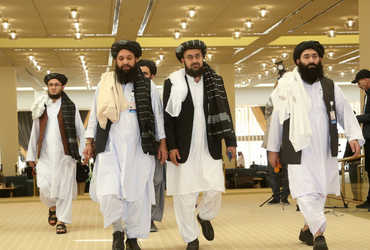 – China, Russia, Turkey and Pakistan are working as before in their embassies

The Taliban have decided to form a government soon after claiming control of all the provinces of Afghanistan. Keeping this in mind, the organization has invited China, Pakistan, Russia, Iran, Qatar and Turkey to form the government. It is clear from the invitation of the Taliban that the governments of these countries have already contacted the organization. It is noteworthy that China, Russia, Turkey and Pakistan have continued to function in their embassies as before. However, India has not had any official contact with the Taliban so far.

A day earlier, Taliban spokesman Zabiullah Mujahid announced that government formation would be postponed until next week. Mujahid said the Taliban were fighting to form a government that was inclusive and acceptable to the international community. It is believed that the Taliban will announce the formation of a new government in Kabul in the next few days, which may be headed by the co-founder of the organization, Mullah Abdul Ghani Baradar.

Will China control the Taliban?

Earlier, the Taliban described China as its most important partner and said it hoped China can rebuild Afghanistan and tap its rich copper reserves.