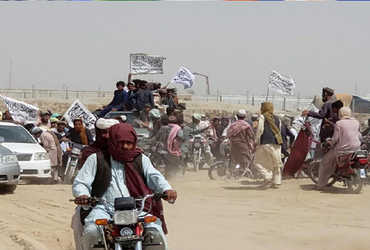 After capturing the city of Jalalabad in Afghanistan, now reports are coming that the Taliban have also entered the capital Kabul.

According to the International News Agency, three Afghan officials have confirmed that the Taliban have entered the Kabul border. Earlier the Taliban had captured all the border crossings. The Taliban, however, reiterated that it does not want to capture Kabul by force.

Afghan officials said on condition of anonymity that the Taliban had reached three districts of Kabul. However, no clash was reported along the Kabul border. However, now the government’s concern has increased further. Government employees working in offices on Sunday have been sent home early.

Amid reports of entry into Kabul, a Taliban statement said, “We have asked our fighters not to enter the city of Kabul.” There will be no action or attack against the general public and the army. The Taliban forgave everyone. Also, it is necessary for everyone to stay inside their respective homes.