Taliban disclosed about the death of Indian photojournalist Danish Siddiqui 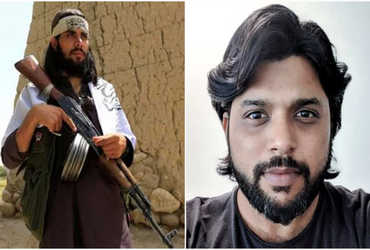 Indian photojournalist Danish Siddiqui killed in firing in Afghanistan. His mistake was that he had not taken permission from the Taliban for reporting. If he was, we would have protected him. A Taliban spokesman made this disclosure on Friday.

Mohammad Sohail Shaheen, a spokesman for the Taliban’s political office in Qatar’s capital Doha, told the media that the Taliban had captured 90 percent of Afghanistan. Meanwhile, a Taliban spokesman was asked whether he considered India a friend or an enemy. “The question you should ask your government is whether they consider us friends or enemies,” he said.

It is not yet known what he will do after leaving office.

During the conversation, the spokesman was told that Pulitzer Prize winner Danish Siddiqui was killed by Taliban fighters, but he immediately denied this. “You cannot say that he was killed by Taliban fighters,” Sohail told Shahi. Why didn’t they get permission from us for reporting? We have announced this not once but many times. Told reporters that he should come to us. Coordinate with us, we will provide them security.

A Taliban spokesman further said that instead they met with security forces in Kabul. It was unknown at this time what he would do after leaving office. He was killed in a shootout, so it is not clear who shot him. The Taliban also denied that the Danish body was brutally mutilated.