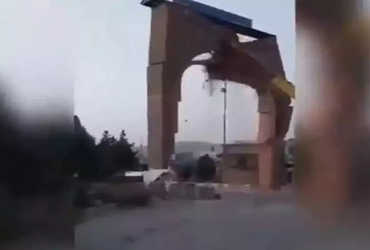 The Taliban, which came to power in Afghanistan after 20 years, has started wreaking havoc.

The same scene of barbarism done on Taliban 20 years ago is now being seen again. The Taliban have breached the entrance to Ghazni province. Which was seen as the cultural heritage of this province. The Taliban did not like the entrance and so it has been demolished.

The video of the breaking of the gate in Ghazni province is now going viral on social media. The gate was built by the Ashraf Ghani government.

However, this is not the first incident of sabotage. After coming to power, the Taliban also vandalized a statue of Hazara leader Abdul Ali Mazari in Bamiyan. He was assassinated by the Taliban in 1995.

Bamiyan province has a huge statue of Lord Buddha blown up by the Taliban during their rule in 2001.