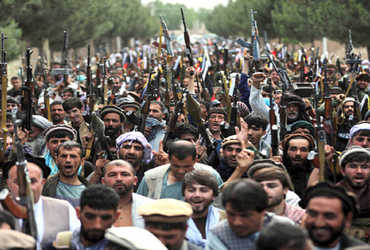 The Taliban are now detaining key Afghan leaders they were discussing, with media reports that the Taliban have stripped former Afghan President Hamid Karzai and former opposition leader Abdullah-Abdullah of all protection, and placed them under house arrest. Have given.

The two leaders have been instrumental in speeding up talks between the Taliban and the government in the country, with an official saying the militants confiscated all weapons and vehicles belonging to Karzai’s security team, noting that the Taliban later Abdullah’s house was raided and his vehicles confiscated. They were later separated from their bodyguards and taken into custody, sources said, adding that both were currently at the mercy of the Taliban.

A Taliban spokesman said his group wanted to form an inclusive government in the country, and Taliban leaders had discussed the issue with Karzai and Abdullah.