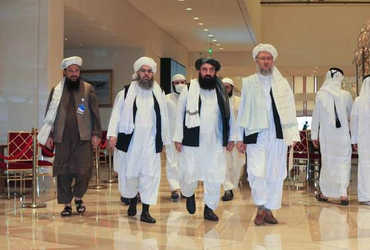 Under pressure from global as well as Pakistan’s spy agency ISI, Taliban is ready for peace talks with Afghan government negotiator in Pakistan. But he has put three harsh conditions for the talks. He called for the unconditional release of all Taliban prisoners lodged in Afghan prisons.

In addition, the Afghan government has asked the United Nations to remove the Taliban from its list of terrorist groups. It also includes stringent conditions such as appointing the Taliban to key positions such as President, Defense Minister, Interior Minister, Army Chief and Head of the NDS. If the Taliban takes over these important positions, the post of prime minister will be formalized.

Meanwhile, the Taliban are reluctant to hold talks with Afghan President Ashraf Ghani. Therefore Prince Mirwais, the son of former King Zaire and chairman of the National Committee for the Protection of Afghan Cultural Heritage, is likely to be appointed as an interlocutor by the Afghan government. The Taliban’s previous meeting with the Afghan government was a failure.

Meanwhile, the Taliban have taken control of northern, western and southern Afghanistan in recent weeks and are now advancing on Kabul. Two-thirds of the country is under the control of Sunni Pashtun fighters. The Taliban also captured Mazar-e-Sharif, Afghanistan’s fourth-largest city, in the northern province on Saturday.

Afghanistan’s President Ashraf Ghani, on the other hand, addressed the nation on Saturday and said that restructuring the army is his government’s priority. Steps are being taken in this direction. Don’t let the war imposed on us cause more deaths.