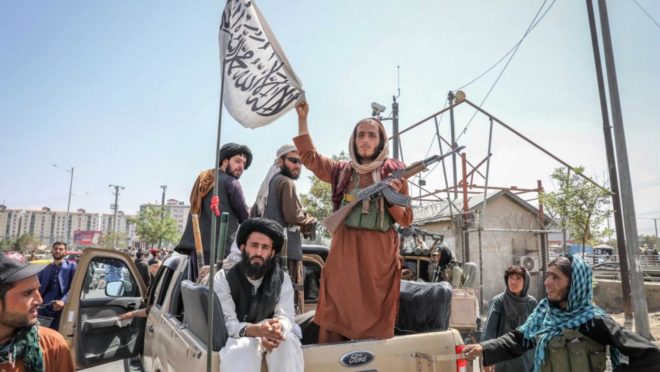 Panjshir is the only one of the 34 Afghan provinces not yet in Taliban hands. Photo: EFE / EPA / STRINGER

The Taliban announced Monday (6) the seizure of Panjshir province in northern Afghanistan, the only one out of 34 in the country not to be in the hands of the group. Resistance in the region, however, belies the information.

“The last stronghold of the mercenary enemy, Panjshir province, has been completely conquered,” key fundamentalist spokesperson Zabihullah Mujahid said in a statement after days of fighting.

“Some rebels in the province were defeated and the others fled,” added the Taliban representative.

The information was, however, almost immediately denied by the National Resistance Front, an opposition group fighting against members of the group in Panjshir, who guarantee that they have not been defeated and that fighting continues in the region.

It is the only one of Afghanistan’s 34 provinces that was not under the control, at least until yesterday, of the Taliban, after an offensive that culminated with their arrival in Kabul on August 15.

The group’s representative also said that with the victory in Panjshir, the country is emerging from the period of war and is now seeking to enter a period of “freedom, independence and prosperity”.

Another Taliban spokesman, Bilal Karimi, told EFE the group’s fighters were leaving the province, while the “enemy hides in the mountains” of the province, referring to the remaining members of the resistance force. .

“A large number of enemy forces and fighters died in Pansjhir and some of them fled to hide in the mountains. However, we do not know which of their commanders or leaders died and who fled,” said The source.

Resistance in the province was led by former Afghan President Amrullah Saleh, who proclaimed himself the country’s new head of government, with the flight of Ashraf Ghani after the capture of Kabul.

At the head of the forces was also Ahmad Massoud, son of the former commander of the Afghan army Ahmad Shah Massoud, the “Lion of Pansjhir”, who became known by facing the Soviets and the Taliban in the region.

The resistance announces that it continues to fight

National Resistance Front leader Ahmad Massoud said the group was still present in Panjshir province after the fundamentalist group announced the conquest of the region.

Through an audio broadcast on the opposition’s Facebook and Twitter profiles, Massoud assured that the resistance forces continued to maintain strategic positions in Panjshir, according to information provided by the Afghan information service “Tolo”.