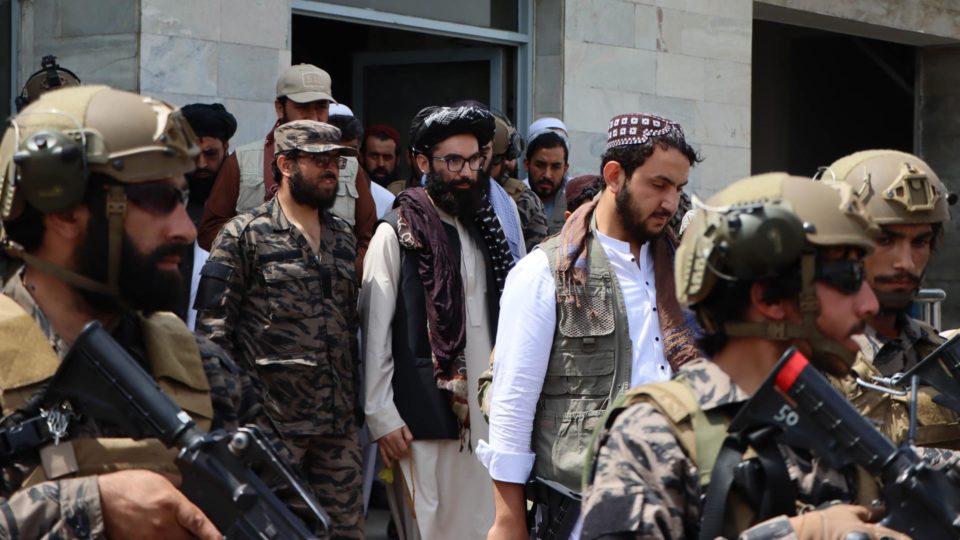 The Taliban declared Tuesday, during a press conference held at the Kabul airport, a few hours after the end of the American withdrawal operation, that “the independence” of Afghanistan is “complete”.

After 20 years of war, the Asian country has “obtained its independence from foreign forces,” assured the group’s main spokesperson, Zabihullah Mujahid.

The statement by the representative of the Taliban came just hours after the departure of the last group of American soldiers from Afghan territory from Kabul airport, ending the presence of troops which had lasted the two decades of conflict.

Mujahid addressed the group’s fighters, whom he praised for the sacrifices they made throughout this month, when nearly all of Afghanistan’s major cities were taken, culminating in Kabul on the 15th.

“I would like to congratulate everyone and our nation on this independence. We hope that Afghanistan will never be occupied again and will continue to be independent, prosperous and house all Afghans under an Islamic system,” the spokesperson said. word of the Taliban.

The withdrawal of American troops was accompanied by many celebrations by the fundamentalist group, whose members took to the streets, where they celebrated with gunfire.

“The invaders must know that Afghanistan is not the place for them. They made a mistake coming here, and we are happy that they are no longer there,” Mujahid said.

The next step for the Taliban leadership is to announce a new Islamic government, after two weeks of negotiations with representatives of different ethnic groups and villages in the country. “We promise to build a system that will represent Afghan and Islamic values,” said the spokesperson, who said the group’s seizure of power was a right.

Mujahid also appealed to members of the Taliban forces, urging them to be “polite and behave well” with local citizens, assuring that after 20 years, “the nation has the right to a peaceful life and to breathe calmly. “. “We are to be the servants of the nation, not of its dynasty,” the representative said, addressing the group members.

The Taliban government will have an uncertain future with the international community, which has shown no intention of recognizing the regime, pending proof that human rights will be respected in Afghanistan. During the press conference, Mujahid, in turn, assured that the fundamentalist group wishes to have “good relations with the United States”.

Major General Chris Donahue, commander of the US Army’s 82nd Airborne Division, was the last US serviceman to leave Afghanistan, the US Department of Defense said.

On Twitter, the Pentagon posted a photo of Donahue about to board a C-17 military plane that took off from Kabul’s Hamid Karzai International Airport at 12:29 a.m. local time on Tuesday (4:29 p.m. GMT). The history of the United States.

On Monday, the head of the United States Central Command (Centcom), General Frank McKenzie, announced the completion of the withdrawal of troops from the country operating in Afghanistan and the end of the mission to withdraw American citizens, allied countries and vulnerable Afghans .

At a press conference, McKenzie said the last US military plane was also carrying the country’s ambassador to Kabul, Ross Wilson. He also confirmed that since August 14, the day before the takeover of the Asian country by the Taliban, more than 79,000 civilians had been evacuated on American military flights at Hamid Karzai International Airport, including 6,000 American citizens. .