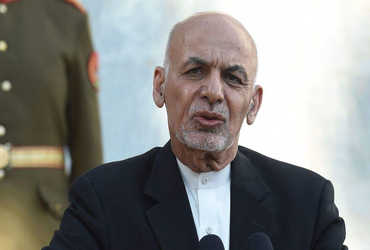 Visa officers, airport staff also fled the country on 2-3 flights today. No one left to check visa at the airport.

President Ashraf Ghani, who fled Afghanistan, suffered a major setback when Tajikistan refused his plane to land on its soil. He was forced to stay in Oman. It is learned that they can now leave for the US from Oman. Apart from Ashraf Ghani, Afghanistan’s National Security Advisor Mohib is also in Oman. On Sunday, both planes were not allowed to land in Tajikistan.

President Ghani also made a statement on social media after leaving the country. “Today I had a tough choice in which I had to face armed Taliban who wanted to break into the palace or leave my homeland Afghanistan,” he said. I have dedicated my life for the last 20 years for the security of Afghanistan. If I had decided to fight the Taliban, many civilians would have been killed and Kabul would have been devastated. There is a terrible human tragedy in this city with a population of 600 million.

Since the Taliban came to power, the situation in Afghanistan has become so dire that Kabul airport has seen huge crowds trying to leave the country. The US Army is firing in the air to control the crowd. According to an employee, the veteran and the officer fled the flight every 2 minutes on Sunday. Visa officers, airport staff also fled the country on 2-3 flights today. No one left to check visa at the airport. People are struggling to leave Kabul and people are fleeing the country without taking their belongings.