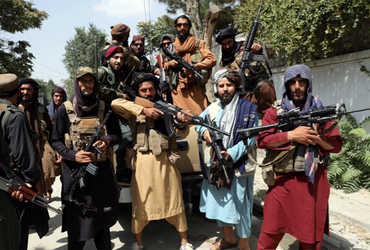 The US has responded with a drone strike outside the Kabul airport in Afghanistan, but the Taliban’s fears continue to grow. Taliban fighters have begun clearing the airport after the US and coalition forces handed over control of three gates at Kabul airport to the Taliban.

Announcing this on Sunday, group official Inhamullah Samangani said the US military now controls a small part of the airport, including an area where the airport’s radar system is located. The official said the Taliban had deployed a special forces unit at the airport’s main gate about two weeks ago to handle security and technical responsibilities at the airport.

The attack took place on 26 August

The US handed over control of the airport gate to the Taliban just days after ISIS-K militants carried out a suicide attack on the eastern gate of the facility on August 26, killing 170 Afghans and 13 American soldiers. Earlier, a Taliban official alleged that a team of qualified engineers, along with the group’s special forces and technical professionals, were ready to take over command of the airport after US troops left.