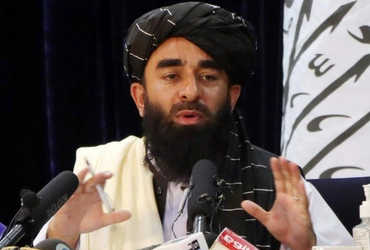 Kabul, Dte
In Afghanistan, the Taliban prevented many people from fleeing the country. Taliban officials have released most of the illegal escapees but have detained some women. They say that the women will remain in captivity until their male relatives come to pick them up.
When the US withdrew from Afghanistan in August last year, the entire country was under Taliban control. By this time millions of people had managed to reach Kabul airport and from there they were able to exit Afghanistan. At that time, some national and international NGOs had driven many people out of Afghanistan for fear of the Taliban.
Taliban spokesman Zabiullah Mujahid said a group of people tried to flee the country by flying from the northern city of Mazar-e-Sharif. Around 50 people were arrested from the spot. All these people were about to leave the country illegally by plane. Most of those arrested have been released. But some women have been put in jail. The Taliban regime in Afghanistan has banned women from traveling long distances alone and called on their male relatives.
Hundreds of civilians are still fleeing Afghanistan for fear of the Taliban. The Taliban have said that anyone who wants to leave the country can do so by showing legal documents. But at this time, Afghanistan is finding it difficult to obtain any kind of documents to exit the country.