Taliban captured five provinces in two days, preparing to capture Kabul with the help of Pakistan 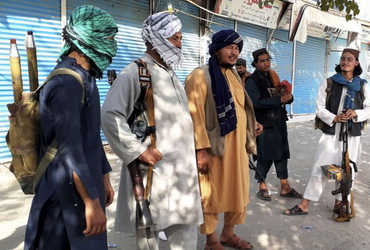 The Taliban is preparing to capture the north and cut trade and supply lines with Central Asia and Iran.

Indians will return as long as flights continue: Center warns

The US is preparing to close Taliban terror camps on the Pakistan border. order to

In just two days, all five provinces fell into the hands of the Taliban. Now with the help of Pakistan, the Taliban are moving towards Kabul, the capital of Afghanistan. According to a report, the Taliban are getting medical facilities apart from weapons from Pakistan.

The current situation is that the Taliban have taken over northern Afghanistan and the Afghan government’s trade with Iran as well as Central Asia is being cut. The Taliban is preparing to capture the supply line. At the same time, terrorists are on the verge of capturing Kabul at any time.

Meanwhile, the United States has raised a hand and said that if the Afghan military now confronts the Taliban to take power, we are no longer in a position to help. The United States has carried out airstrikes in the past, but so far there has been no increase in the number of airstrikes.

However, the US immediately asked Pakistani officials to close any Taliban terror camps along the Afghanistan-Pakistan border. As the Taliban begin to take over the territories of Afghanistan, terrorists are denying women their rights.