Taliban capture the city of Jalalabad in Afghanistan, the government only left Kabul 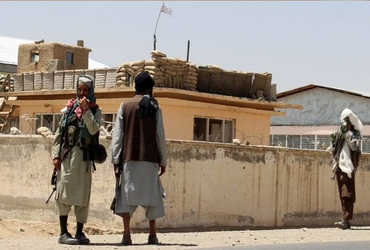 The Taliban’s hold on Afghanistan is getting stronger and stronger. The Taliban has also captured the important city of Jalalabad in Afghanistan today.

As a result, the country’s capital, Kabul, has lost contact with the eastern part of the country. The Taliban released some pictures today. The Taliban can be seen in the governor’s office in Jalalabad. The provincial lawmaker told news agencies that Jalalabad had also been taken over by the Taliban. Of the major cities the government now has only Kabul.

The Taliban took control of a large part of Afghanistan last week. At a time when Kabul is also in danger, countries like the US and UK are sending troops to help their citizens and diplomats.

Earlier on Saturday, Mazar-e-Sharif in Afghanistan was also in the hands of Taliban. The capitals of many Afghan provinces have fallen into the hands of the Taliban without a fight. Afghanistan is now expected to capture 24 of Afghanistan’s 34 provinces.