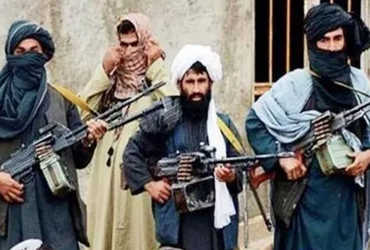 Return of Hindus and Sikhs to India from war-torn areas of Afghanistan: Congress appeals to the Center

Kabul: The districts of Afghanistan were occupied by Taliban militants, but now the entire province has been occupied. According to the report, four provinces of Afghanistan are now under Taliban control. At the same time, the atrocities of Taliban terrorists are increasing.

The most victims are women. According to a report, if women go out wearing jeans or tight clothes, they are shot and killed. A similar incident happened in the northern province of Balkh.

A Samar Kandian village here is under the control of the Taliban. Here a 21-year-old woman came out wearing tight clothes, the girl was about to sit in her car when Taliban terrorists opened fire on her and killed her.

However, the police claimed that the girl was murdered wearing a burqa. Currently, Taliban militants are forcibly marrying women while women are killed for wearing tight clothes. As a result, many women are being shifted to safer places for fear of the Taliban.

On the other hand, Taliban terrorists captured Nimroj’s capital Taranj on Friday. The Taliban now claims control of two more provinces. Whereas the government has said that we will get these capitals again. The Taliban captured Kunduz and the northern parts of Sar-e-Pul on Sunday morning.

While government personnel and jawans are going to a barracks three km away from the state. This means that the Afghan army is now so weak that it is allowing Taliban militants to take over the province, and the fighting is now one-sided.

Kunduz is considered the largest of the cities held by the Taliban. The Taliban previously occupied the city in 2015 and 2016, but could not retain it. Much of the north is now out of the hands of the Afghan government. Taliban militants looted and set fire to shops in any town or village they occupied.

At this time there is an atmosphere of chaos in the whole of Afghanistan. Congress, on the other hand, has demanded that Sikhs and Hindus living in Afghanistan, wherever there is a crisis, be brought back to India. Congress leader Jaiveer Shergill has also written a letter to Union External Affairs Minister S Jaishankar in this regard.