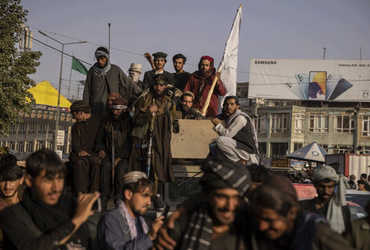 Kabul: The Taliban on Tuesday announced a public apology across Afghanistan. Along with this, he has surprisingly called upon women to join the government. Together, both have tried to calm the atmosphere of fear in Kabul.

Enamullah Sanamgani, a member of the Taliban’s Cultural Commission, has commented on the regime at the federal level for the first time. No major incidents of harassment or fighting have been reported in Kabul so far. Many townspeople are at home for fear of the Taliban taking over prisons and releasing prisoners.

The older generation is remembering the extremist ideology of the Taliban. Before the United States invaded Afghanistan, stone-pelting and public executions were common.

Samangani said that the Islamic Emirate does not want women to be victims of this. He must join the system of government under Sharia law. He said that the structure of the government is not yet clear, but based on experience, I can say that it will be completely Islamic-led and all parties will be involved.

This time it has surprised everyone. This attitude of the Taliban shows that this time it has adopted a softer mood than before and has shown a tendency to compromise with the radical attitude. However, only time will tell whether this is just a statement issued by the Taliban or whether it is to be implemented on a real basis.