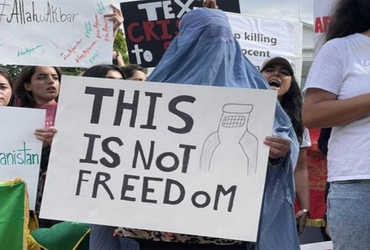 It was only after gaining power that the Taliban imposed some restrictions on women. They are being asked to stay behind the scenes again and women too fear that neither the Taliban nor their future is secure from them. With this, women took to the streets on Saturday against the Taliban.

Two days ago there was criticism on women’s education

Taliban spokesman Suhail Shahi spoke to foreign media two days ago. “We have a culture that women can get education and work behind the scenes by wearing the hijab,” she said. So we have no problem with women’s rights. There is no compromise with our culture.