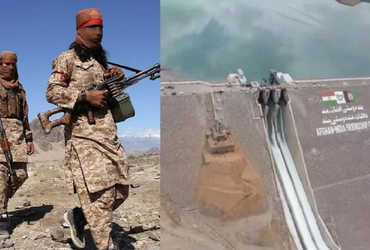 Salma Dam is located in Herat province of Afghanistan. It is also known as India-Afghanistan Friendship Dam. A Taliban spokesman also confirmed that Adam had been captured. It is noteworthy that this is not the first time the Taliban has targeted the Salma Dam. They had earlier attacked the dam on August 4. The attack was thwarted by the Afghan government at that time.

It is noteworthy that during the year 2016, Prime Minister Narendra Modi along with Afghan President Ashraf Ghani inaugurated the Salma Dam. This bandh is also known as the Afghanistan-India Friendship Dam. The Salma Dam on the Hari Rud River in Herat province generates a large amount of electricity. In addition, the dam is also used to irrigate 75,000 hectares of land.