Syed, an Afghan pop star, managed to escape the country 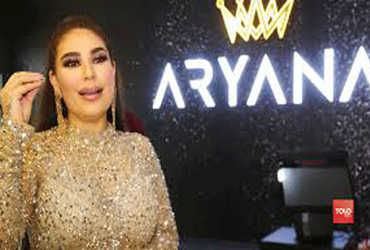 Kabul: Afghanistan’s biggest pop star Aryan Syed has managed to escape after the Taliban captured the city of Kabul. The biggest threat since the Taliban’s takeover of Afghanistan has been the film industry, filmmakers, actors and others in the entertainment sector. Women and children are being tortured by the Taliban.

Arya’s Syedna said that she had left Kabul on Thursday. He has given this information on social media. Arya K Syed told his over one million Instagram followers that I am fine and alive and arrived in Qatar after a few unforgettable nights. I am waiting for my flight to Istanbul.

Arya Syed, 36, said he was evacuated by a US cargo jet. He recently judged a singing reality show on Afghan TV.

Aryan considers himself lucky that he has left Afghanistan. This is because tourists from all over the world are struggling to fly through Afghanistan. She moved from Doha to Turkey where she lives full time with her husband Haseeb Saeed. Haseeb Saeed is an Afghan music producer.

Arya’s Saida never wore a hijab while in Afghanistan. She sings despite being a woman and has even entered stadiums. This is not possible under Taliban rule. This is against Taliban law.