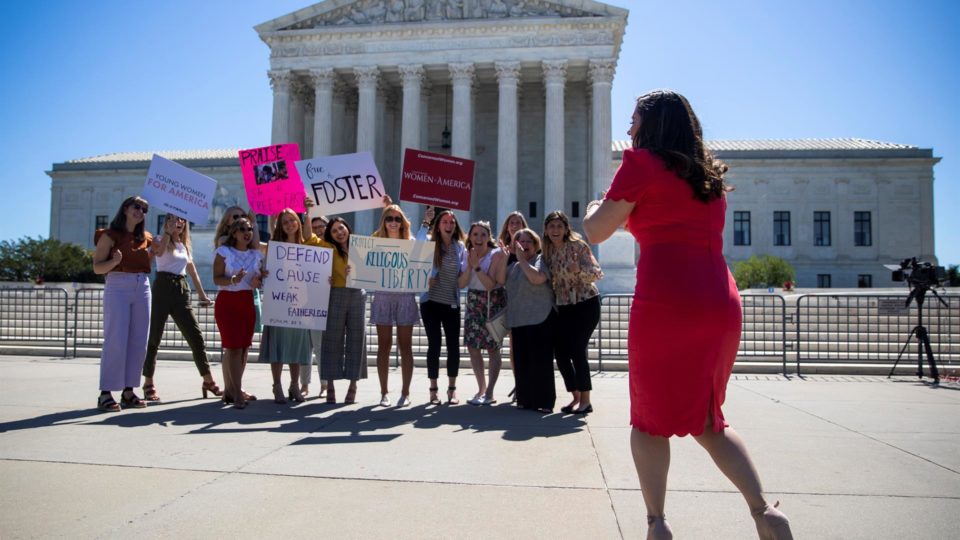 The United States Supreme Court on Thursday (17) voted unanimously in favor of a Catholic adoption agency in a lawsuit against the city of Philadelphia. The lawsuit concerned the agency’s possible exclusion from the city’s adoption program, as the organization says its religious views prevent it from temporarily viewing same-sex couples as potential foster parents.

Catholic Social Services (CSS), which works to find homes for abandoned or abused children, claimed that “Philadelphia’s attempts to exclude the Catholic Church from adoption assistance” violate the First Amendment of the US Constitution. right to freedom of religion.

All court judges sided with the Catholic agency in a 9-0 vote.

“The CSS is only seeking an accommodation that will allow it to continue serving the children of Philadelphia in a manner consistent with its religious beliefs; he’s not trying to impose those beliefs on anyone, ”Chief Justice John Roberts wrote in the majority opinion. “Philadelphia’s refusal to enter into a contract with the CSS for the provision of foster care services unless [a organização] agreeing to certify same-sex couples as adoptive parents cannot withstand rigorous scrutiny and violates the First Amendment. “

Roberts noted that no same-sex couple has ever applied to work with CSS, which is affiliated with the Archdiocese of Philadelphia. If that happened, the couple would be referred to one of more than 20 agencies that work with these couples, CSS said, The Associated Press reported. The Catholic agency also refuses to certify unmarried couples.

“For over 50 years, CSS has successfully contracted with the city to provide foster care services while upholding these beliefs,” said Roberts.

However, the decision was limited to the facts of this specific case and should therefore not have a national impact, according to analyzes reflected in the American press.

The case required judges to decide whether the US Constitution allows a religious freedom exception to US anti-discrimination laws.

The court rejected a Catholic agency’s request for a ruling that would allow religious objections to override anti-discrimination laws.

“We are relieved that the court did not recognize a license to discriminate on the basis of religious beliefs,” said Leslie Cooper of the American Civil Liberties Union (ACLU). “This is good news for LGBTQ people and for all those who depend on the protections of anti-discrimination laws.”

Republican Senator Josh Hawley called the decision a “grand trial” that could have gone further. “This is a pretty clear statement, I think the court will look very closely… whenever any religious institution or organization is disadvantaged. If they are treated worse or differently than a secular institution, the court will overturn it.” Hawley added, according to Fox News.