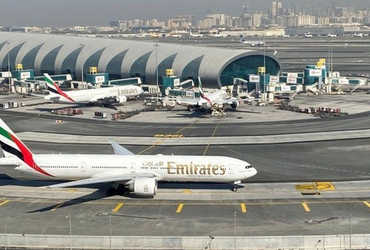 A rare accident occurred at Dubai International Airport, one of the busiest airports in the world.

Fly Dubai and Bahrain Gulf Air planes collided on the airport taxiway this morning, although no casualties were reported.

Fly Dubai said a Boeing plane on its way to Kyrgyzstan has suffered a minor accident. Because of this he had to go back. After this the passengers were sent by another flight. Which left six hours after the accident. The airline said Fly will work with Dubai authorities to investigate the incident. The plane’s fan was damaged in the collision. On the other hand, Gulf Air says that the rear of our plane was damaged.

According to Dubai Airport, the runway was temporarily closed due to the incident. So that this accident can be dealt with. The runway was opened two hours later.