Steps will be taken to give citizenship to children of legal immigrants: US 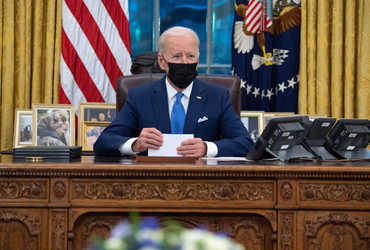 In the United States, the Biden regime is taking steps to find a legal way to grant citizenship to the children of legal immigrants. Immigrants are expected to be repatriated as adults, including an estimated 200,000 Indians who entered the United States legally as children or minors. When asked about fear among children, particularly among a section of Indian children, White House Press Secretary Chek Psaki said the Biden administration is working to find legal solutions to grant green cards to such children. .

These children or minors, known as documentary dreamers, live in the United States as dependents of long-term nonimmigrant visa holders, including H-1B workers. Under US law, children are no longer dependent on their parents after the age of 21, raising fears of repatriation of hundreds of immigrants. According to ‘Improve the Dream’, a group representing such children, there are more than two lakh such children or underage Indians in America.

“We are taking steps to find a legal way to grant citizenship to children who have long been waiting for green cards,” Saki said. The Biden administration is considering granting citizenship, especially to children who have come to the United States as family members. A White House spokesman said President Joe Biden’s stand is clear that the US immigration system needs reform.

This includes reforming the visa process, he said. His stand is clear in the immigration bill sent to Congress. These include deciding on past applications, reducing long waits for green cards, and improving the family-based immigration system by increasing each country’s visa quota. The bill gives H-1B visa holders the right to work and prevents children from leaving the system when they are young.

In June, a group of lawmakers led by Congresswoman Deborah Ross and Ami Bera recommended to the Secretary of the Department of Homeland Security Mayrakas increased protections for children and minors raised as dependents of long-term work visa holders in the United States. . The letter recommends inclusion of ‘documented dreamers’ in the Deferred Action for Childhood Arrivals (DACA) criteria.