Speed ​​up the process of issuing visas to foreign students: US lawmakers demand 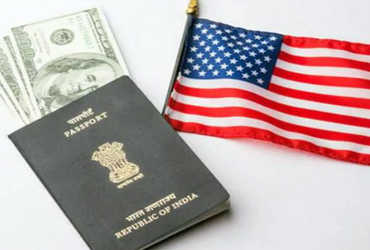 Washington, Ta. 3
Six US lawmakers have written to Secretary of State Tony Blanken urging him to expedite the student visa process. Many Indian students are waiting to get visa in US. Thousands of Indian students would benefit if the introduction had an impact.
A group of influential US lawmakers has called on the Biden government to slow down the visa process. MPs wrote a letter to the Foreign Minister: The process of recovering from the current Koro epidemic is going on. There is a need to expedite the visa process for foreign students as it has slowed down. We are writing this letter to expedite the process.
The letter expressed concern that the academic work of many students has deteriorated. Now from the new academic session, if foreign students are welcomed, they will go to the Department of Education in America again. The lawmakers also said that the visa eligibility would be waived.
One lakh Indian students in America are making a very important contribution to the American economy. Thousands of Indian students are waiting to go to the US as the visa process is still very slow. Currently, the US Embassy only issues emergency visas, making it difficult for students to study in the United States.