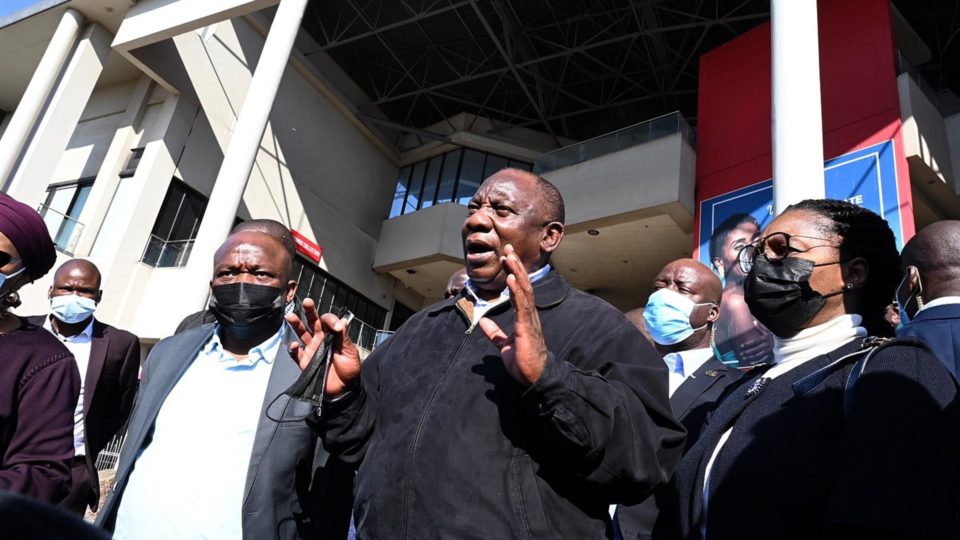 South African President Cyril Ramaphosa assured this Friday that the wave of clashes and looting that took place last week, which left 212 dead and led to the arrest of 2,524 people, was an “attempt to” insurrection “which had not been successful.

“He failed to gain popular support. He failed because of the efforts of our security forces and failed because South Africans stood up to defend our hard-won democracy,” said the leader of the government in a message to the nation.

Ramaphosa, however, admitted that the state was “ill-prepared” to deal with a campaign, which he described as orchestrated, public violence, vandalism and sabotage.

For the president, “it is now clear that the events of the past week were a deliberate, coordinated and well-planned attack” on South African democracy.

“Under the pretext of a political grievance, the perpetrators have sought to provoke a popular uprising. They have sought to exploit the economic and social conditions experienced by South Africans, to provoke ordinary citizens and criminal networks to s ‘involve in acts of opportunistic vandalism, “he said.

“The chaos that followed was used as a smokescreen to provoke economic sabotage,” Ramaphosa added, in the message to the people.

Ramaphosa lamented the damage that would have been “millionaires” in the country, and indicated that an aid fund project is in preparation for this reason, in addition to forecasting an increase in the number of Covid-19 cases on the South African territory in the coming weeks. .

“We will find those who instigated this violence. They will be held accountable for their actions. We will not allow anything to destabilize our country,” added the head of government.

In addition, the president insisted that this Sunday, during the celebration of Nelson Mandela Day (for the birthday of the Nobel Peace Prize winner), people bring food to the needy and help clean the streets. .

Last week, what started as protests against the arrest of controversial former President Jacob Zuma (2009-2018) turned into a wave of indiscriminate looting and vandalism on a scale that Ramaphosa compared to the convulsive transition that South Africa experienced in the early 1990s, after the end of the apartheid segregationist system.

The most serious incidents were concentrated in two regions: the province of KwaZulu-Natal and the political and economic heart of the most developed nation in Africa, the province of Gauteng (where the cities of Johannesburg and Pretoria are located).