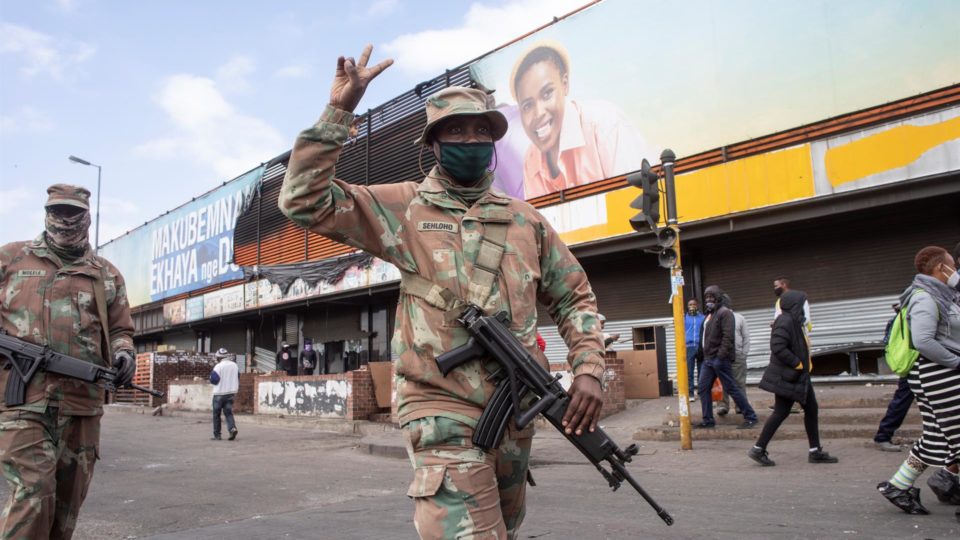 The South African government said on Wednesday that the total death toll linked to the recent wave of violent riots and mass looting in the country is 276, but that order is being maintained.

“Stability continues to prevail in the provinces of Gauteng and KwaZulu-Natal (the two areas affected by the unrest),” Khumbudzo Ntshavheni, acting minister in the presidency of South Africa, told a conference Press.

She said that despite the gradual normalization of the situation, the government recorded 61 additional deaths linked to the outbreak of violence, bringing the total death toll to 276. Of these, 234 occurred in KwaZulu-Natal (est ) and 42 in Gauteng (province). where Johannesburg and Pretoria are located).

In addition, the minister confirmed that four people arrested for allegedly inciting violence in recent days have already appeared in South African courts.

The government and various social actors continue to assess the millionaire damage – which includes significant damage to shopping malls, factories and warehouses, small businesses and even schools – and instruments of economic aid to those affected.

Police operations also continue to recover the stolen goods, which the government says will be used as evidence and then destroyed, which has sparked great controversy in the country.

This wave of violent incidents began on January 9, initially in the form of protests against the arrest of controversial former president Jacob Zuma for contempt of court for repeatedly refusing to testify for corruption.

In the days that followed, the unrest reoccurred in other areas – particularly Johannesburg – and turned into an unprecedented cascade of riots and massive looting of South African democracy, with crowds destroying shopping malls and stores, burning buildings and vehicles and closing roads and streets.

The outbreak of violence has therefore been fueled by pre-existing social issues such as extreme inequality, unemployment, high levels of general crime in the country and mismanagement of the Covid-19 pandemic.

It was not until the 14th that the authorities began to regain control of the affected areas, largely through the deployment of 25,000 troops to support the police.

According to South African President Cyril Ramaphosa, the incidents were “instigated” and “there were people who planned and coordinated” the actions.