Snowfall in the Sahara Desert, scientists are calling this event alarm bells 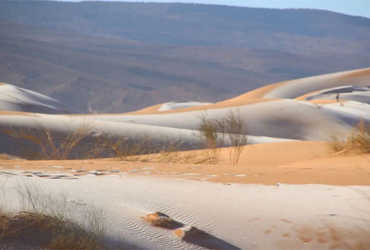 Snowfall in the Sahara Desert, one of the hottest places in the world, remains a topic of discussion these days.

In some parts of the Sahara, the temperature dropped below zero degrees Celsius and snowfall started. It has snowed five times in 42 years. In 2021, there was snowfall at some places.

Meanwhile, the temperature dropped to minus two degrees due to snowfall. Pictures of snowfall are going viral on social media.

Experts attribute this change to climate change. According to a report in Science Journal, global warming has increased the chances of cold winds blowing in places like the Sahara.