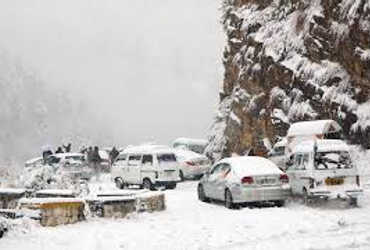 One thousand vehicles remained stranded despite 23,000 stranded vehicles being evacuated amid heavy snowfall

Lahore: At least 21 people have died due to cold in Pakistan’s popular hill station Muri. These include nine children. All roads leading to Muri in Rawalpindi area have been closed. Thousands of vehicles are entering the city, leaving tourists stranded. About one thousand vehicles are stranded at the hill station.

Punjab Chief Minister has ordered evacuation of the stranded tourists and relief and rescue operations. According to a list released by rescuers, a total of 1,122 people have been rescued, with at least 21 people killed. He has nine children.

Pakistan’s Prime Minister Imran Khan expressed grief over the incident and said he was “deeply saddened” by Muri’s death. Due to heavy snowfall, people rushed to move in the area. The highest inflow has been recorded in Muri in the last fifteen to twenty years. The local administration was unable to deal with the crowd.

Interior Minister Sheikh Rashid said the government had blocked roads leading from Islamabad to Muri. Commissioners and Deputy Commissioners of Islamabad and Rawalpindi have gone to the rescue. Around one thousand vehicles have been stuck since last night. Some have been saved. 16 to 19 people died inside the car. Locals have provided food and blankets to the stranded people. So far 5,000 vehicles have been evacuated from Muri but 1,000 vehicles are still stranded.