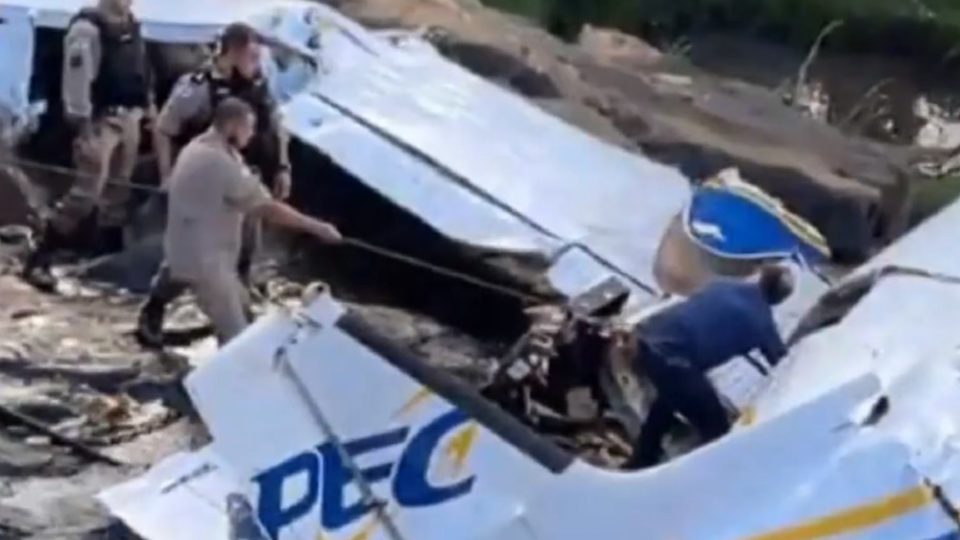 A plane crashed in the rural area of ​​Piedade de Caratinga, in the interior of Minas Gerais | Photo: Reproduction / GloboNews

Singer Marília Mendonça, 26, died this Friday afternoon (5) in a plane crash. The small plane she was on crashed in the area of ​​a waterfall in the rural area of ​​Piedade de Caratinga, in the interior of Minas Gerais. She had left Goiânia to do a show this evening in Caratinga.

The advisers of Marília Mendonça have confirmed that the singer and the four other occupants of the plane, the producer Henrique Ribeiro, the uncle and advisor of Marília Mendonça, Abicieli Silveira Dias Filho, pilot and co-pilot of the plane, have lost the life in tragedy. The Aviation Accident Investigation and Prevention Center (Cenipa) will investigate the accident.

Several people deplored the drama on social networks. “I refuse to believe, I refuse,” wrote footballer Neymar. President Jair Bolsonaro also posted a message. “At this time of deep pain and sadness, I ask God to console the hearts of his fans and, in particular, his friends and family, as well as the other victims of the accident. Let the pain of homesickness give way to the certainty that death is not the end. And may God console them all, ”says a passage.

The Minister of Communications, Fábio Faria, declared that “Marília Mendonça is a phenomenon and will be eternal”. “Brazil is in mourning. May God comfort those close to Marília and the other victims of the accident, ”he added.

Actress Fabíula Nascimento called the singer an “absolute queen”. “I ask the gods to put the family in their arms and give them the strength to go through this sadness. May the five people who have left be in the light, ”he said.