Should Portuguese be one of the languages ​​of the United Nations? 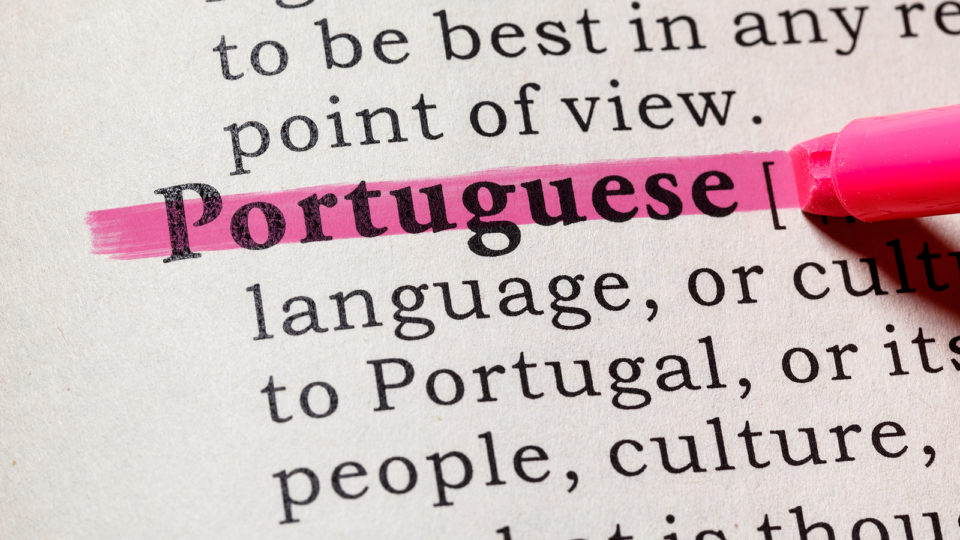 On July 17, the Silver Jubilee of the Community of Portuguese Speaking Countries was celebrated. Created in 1996, the CPLP was the realization of an old Portuguese idea, that of an international organization that would bring together Lusofonia, the Portuguese-speaking community. Its declared objectives are the promotion and dissemination of the Portuguese language, diplomatic cooperation between member states of the CPLP, through “strengthening the ties of solidarity and cooperation that unite them” and also cooperation in areas such as ‘education, science and technology, “for the promotion of the economic and social development of its peoples. Another objective, which is not said so because it is long term, is the adoption of Portuguese as the official language of the UN.

At the summit held last weekend in Angola’s capital Luanda, ten new countries were admitted as observers. Two of them are curious and interesting cases. One is India, where Portugal had several warehouses and coastal towns between the 16th and 20th centuries. The most notable case is that of Goa, which was only taken over by the Indians in 1961. And yes, the word is taken up, with an annexation by military force, which left about fifty dead. India knew that Portugal did not have the military means to intervene, besides the fact that there was no global political climate for the maintenance of the colonial domains. Today the Indian population that speaks Portuguese is very small, but the language has had an impact on regional idioms, for example.

Another interesting case is that of Spain. The Iberian country, neighboring Portugal, has always viewed the Portuguese-speaking movement with a certain suspicion. This is due to its usual policy of avoiding any signs that could be interpreted in a way that would legitimize the country’s separatism. In this case, the separatism of Galicia, since, for some linguists, the Galician language is only a variant of the Portuguese language, not a separate and proper language.

In Bahia there is even an important historical community of Galician origin. The symbols of the legacy of this immigration are the singer Gal Costa and the Galícia Esporte Clube, from Salvador, five times state football champions. The pressure for the association came from the Academia Galega da Língua Portuguesa, headquartered in Santiago de Compostela.

The United States is a curious case of a country that became an observer at this summit, in which Brazil was represented by Vice President Hamilton Mourão. Proportionately, only 0.3% of the country’s population speaks Portuguese. In absolute numbers, the million Portuguese speakers make the Portuguese-speaking community in the United States larger than that of Cape Verde or São Tomé and Príncipe. The United Kingdom and France, because of their communities of Portuguese origin, were already Observer States. Japan has also, since 2014, for obvious reasons, with the intense Japanese immigration to Brazil, the same reason for Italy’s observer status.

In addition to international politics, something signed at the last summit that may be of interest to the reader is the mobility agreement, aimed at facilitating the granting of visas, movement and residence permits for citizens between the countries of the group. . However, the objective parameters have not yet been established. The agreement must be ratified by the national parliaments of CPLP members, and national governments will define their rules of movement. Most likely, within a general and global framework of guidelines, we will have more specific bilateral agreements. The reason, obviously, is the fact that Portugal is part of the Schengen area, meaning that its open borders with the European Union imply stricter immigration rules.

These agreements are likely to make life easier for three professional categories of Brazilians: journalists, academics and workers in multinational companies or those who intend to expand their activities abroad. Liberal professionals, with more agile diploma validation policies, could also benefit in the long term. In the medium term, trade flows between these countries could possibly increase. The economic links between Brazil and Angola, in fact, are historically little explored, with only a few moments of greater intensity. This is a waste, given the geographic proximity, the size of the Angolan market and, of course, the historical and cultural ties.

Regardless of visas and trade flows, Portugal’s intention in proposing the creation of the CPLP is to use language as a tool for projecting foreign policy, a factor of soft power. But to implement this policy, the European country and its ten million inhabitants would not be enough. When Angola, Mozambique and the gigantic Brazil come into play, however, Lusofonia becomes the second largest territory in the world, if it were a country, and the fourth largest oil producer. And projecting the link through the Portuguese language would also facilitate the recognition of the language as an official UN language.

When the United Nations was founded, it had five official languages. English, French, Russian and Chinese, languages ​​of the five permanent powers of the Security Council, plus Castilian, the official language of nineteen countries of the fifty founders of the UN, almost half.

This is the main argument for the adoption of Portuguese as the official language of the UN, its representativeness, present on four continents. Recognition would bring greater diplomatic representation in Portuguese-speaking countries, as well as greater dissemination of the Portuguese language and culture. The opposing arguments are, on the one hand, the fact that in absolute numbers, Portuguese is not one of the most widely spoken languages ​​in the world, after Hindi and Bengali, among others, and, on the other hand, the economic costs of the bureaucracy of this recognition. . When Arabic was adopted as the sixth official UN language, Arab countries agreed to pay for the adaptation for five years.

Proportionally, this cost would fall mainly on Brazil and Portugal. In the Brazilian case, unfortunately, the country has flirted with the “default” in international organizations in recent years. Something far from the obligations of a country that intends to be a candidate for a permanent seat on a possible enlarged Security Council. In other words, most likely, the project to make Portuguese the official language of the United Nations will continue as a long-term dream. This does not mean that by then other agendas can be worked out and agreed upon, with greater integration of the international Portuguese speaking community. Fernando Pessoa has already written: “My homeland is the Portuguese language”.