Sex-money scandal over intelligence from US Navy officers 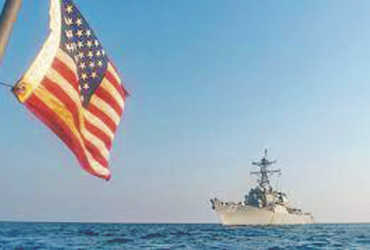 The officer’s scandal cost the US Navy 30 million and 5 million respectively.

New Delhi: A Navy commander has been indicted for one of the largest corruption scandals in US Navy history. In this scam, 34 naval officers were accused of giving personal information to a foreign company in exchange for sex and money.

This case is completely new in the Fat Leonard scandal. The scandal is being seen as one of the biggest corruption scandals in the US Navy. His investigation is on and the names of the culprits are coming out.

Shed is one of nine members of the Seventh American Fleet based in Okinawa. He was indicted by a federal grand jury in March 2013 for his role in the scandal. Apart from Shed, two other officers have already been convicted.

According to the US Justice Department, Shade and other officers exchanged personal information with a sex worker for a sex party, a sumptuous dinner and a tour. This personal information was given to Glen Defense Marine Asia (GDMA). It is a Singapore based company founded by a Malaysian citizen Leonard Glen Francis.

The scandal is known as the Fat Leonard scandal because Leonard was obese at the time of the scandal. He was caught by US authorities in 2013. He was arrested in California. He was convicted of bribery and conspiracy. Since then he is under house arrest and sometimes in jail. A federal court will sentence Shade on July 21. In addition, 28 out of 34 officers have confessed to their crime.