Seven killed in IS attack in Shia area of ​​Herato 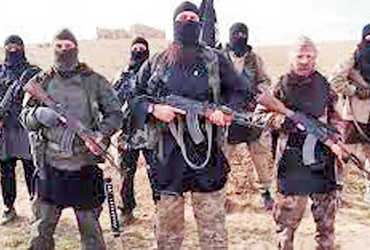 More than 10 people were injured, including four women killed in the attack

Taliban only talks about saving Shia Muslims on paper, allows IS to attack openly

Herat: Both Taliban and IS terrorists are face to face in Afghanistan. At a time when the Taliban are in power, attacks on Afghan civilians by IS have increased, with Shia Muslims being the most targeted.

The attack was carried out by terrorists in Herat province of Afghanistan. In which seven civilians died. While more than 10 people have been injured. For the first time since the Taliban took power, Herat province has witnessed attacks on civilians by militants.

Initial investigation revealed that the terrorists had planted the bomb from the fuel tank of a minibus. Although no terrorist group has claimed responsibility for the attack, the Taliban suspect it may have been carried out by IS militants. The Taliban are only talking about the security of Shia Muslims.

On the other hand, such attacks by IS are increasing. Ibrahim Mohammadi, the head of the ambulance service in Herat province, said some of the injured were in critical condition and the death toll could rise. Four of the seven people killed were women. Herat is the third largest city in Afghanistan in which terrorists are now active.

The bomber collided with a minibus later in the afternoon. There are a large number of Shia Muslims in the area where the blast took place. IS is currently carrying out attacks targeting mostly Shia Muslims. The Taliban, on the other hand, claim that it is committed to protecting Shia Muslims. Although there are attacks.