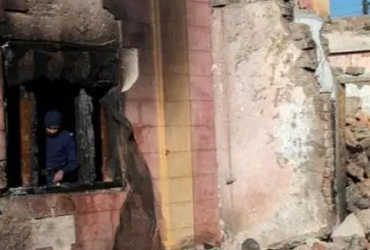 Atrocities on Hindus are increasing in Pakistan. In the past year and a half alone, seven famous Hindu temples have been attacked. Crop in such incidents. Attacks on temples are increasing day by day because the government does not give harshest punishment to anyone. No such action is being taken that there is tacit support of Imran Khan’s government in such incidents.
On January 8, 2020, the Maa Temple in Tharparkar, Sindh was attacked. The idols were vandalized at that time. The holy scriptures were torn. Then, on July 4, 2020, a mob protesting the construction of a Hindu temple in Islamabad stormed the temple premises.
Hanumanji’s temple in Karachi was vandalized on August 15, 2020. This temple had historical importance. The Ramdev Hindu temple in Badin district of Sindh province was demolished on October 10, 2020. One person was arrested, but released on bail. Idols of deities were vandalized during Navratri in Sindh’s Nagarparkar district on October 8, 2020. On December 30, a temple was set ablaze in Karak district of Khyber Pakhtunkhwa province. On 8 March 2021, just a day before Holi, an eight-year-old historical temple in Rawalpindi was attacked.