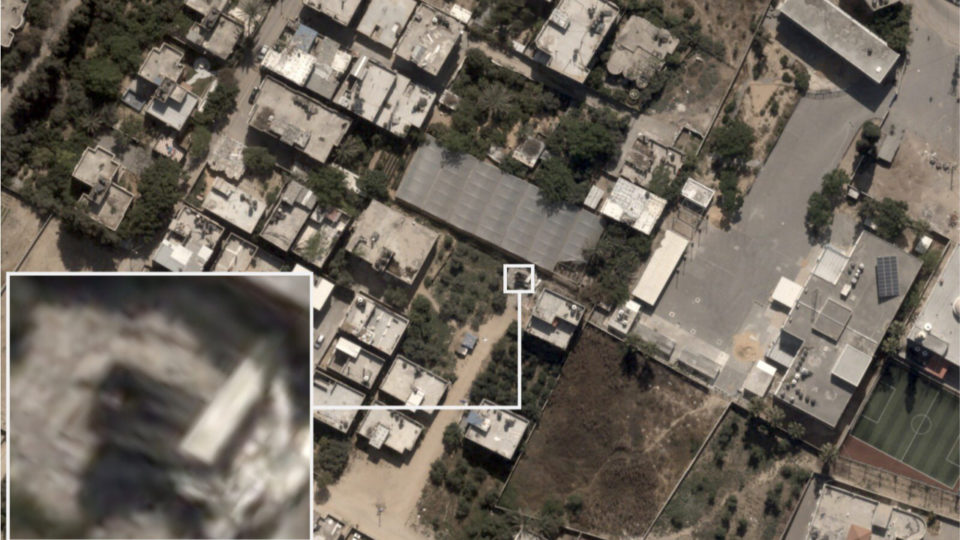 Image released by the Israel Defense Forces shows what is supposed to be a Hamas rocket launch site in the middle of a civilian area in Beit Hanoum, Gaza | Photo: Disclosure / Twitter / @ IDF

The Israel Defense Forces (IDF) reported that Hussam Abu Harbeed, commander of the Islamic Jihad terrorist group in the northern Gaza Strip, was killed in an Israeli airstrike on Monday (17). Islamic Jihad did not confirm the information.

In response, a rocket battery was fired at Israeli communities near the Gaza border this morning. Overnight, the IDF shelled another 15 kilometers of tunnels used by Hamas. The operation involved 54 combatants and 110 munitions which hit 35 targets. Among those targets were also nine houses which the IDF said belonged to Hamas commanders and were used to store weapons.

At least 198 people, including 58 children, have died in the Gaza Strip since the conflict began last Monday (10). The IDF carried out more than 800 airstrikes in Gaza, killing more than 130 terrorists, according to Israeli officials.

Hundreds of children were injured in the fighting. A six-year-old girl was rescued after spending seven hours under the rubble of what used to be her home, destroyed in an Israeli attack that killed her mother and four siblings over the weekend.

Israel has also been criticized for destroying a building on Saturday that housed several newsroom outlets, such as Al Jazeera and the Associated Press. The NGO Reporters Without Borders and Amnesty International called on the International Criminal Court (ICC) to investigate this attack as a possible war crime.

“By intentionally destroying the media, the Israel Defense Forces are not only inflicting unacceptable material damage on press operations. They are also, more broadly, obstructing media coverage of a conflict that directly affects the civilian population,” said Christophe Deloire, secretary general of the NGO Reporters Without Borders.

PA President and CEO Gary Pruitt said “the world will know less about what is happening in Gaza because of” the attack on the building.

Israeli Prime Minister Benjamin Netanyahu defended the attack as “perfectly legitimate”, saying there was “an intelligence office for the Palestinian terrorist organization housed in this building which is planning and organizing terrorist attacks against Israeli civilians” .

On the Israeli side, 10 people died from rockets launched by Hamas and Islamic Jihad, including two children. According to the IDF, around 3,150 rockets were fired into the territory, 90% of which were intercepted by the Iron Dome. Israeli officials also reported that some 460 rockets had failed.