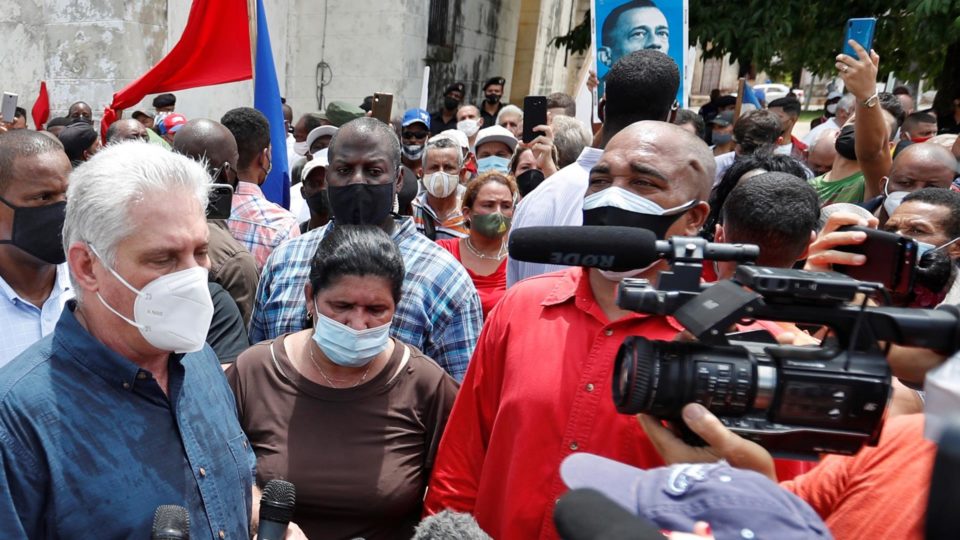 The successor of the Castro brothers in Cuba, Miguel Díaz-Canel, made statements Sunday in a park in the city of San Antonio de los Baños (Cuba), after a population demonstrated in the streets. Illustrative image. Photo: Yander Zamora / Agência EFE / Gazeta do Povo

The São Paulo Forum, an entity that brings together a large part of the Latin American left, including Brazilian parties like the PT, PDT and PPS, issued a statement of “unconditional support for the government and the Cuban people” after the demonstrations which have invaded the streets of several towns on the island, urging the government for better living conditions. The organization described the protests as “destabilizing actions led by imperialism, aimed at generating a political and social crisis”.

The group accuses the “trade, economic and financial blockade” of the United States as the cause of the crisis, in addition to the effects of the Covid-19 pandemic. The letter ends by praising the “conquests of the Cuban Revolution” and the “fight against foreign interference”.