Russia will ‘attack Ukraine anytime and occupy Ukraine in 72 hours’ 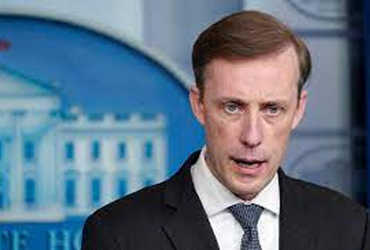 French, German leaders begin mediation to ease tensions between US and Russia over Ukraine

Washington: US National Security Advisor Jack Sullivan has claimed that Russia can invade Ukraine at any time. It would kill at least 30,000 people, including 12,000 Ukrainian soldiers. Vladimir Putin will capture the whole of Ukraine in just three hours.

Jack Sullivan, a security adviser to US President Joe Biden, expressed concern that Russia would invade Ukraine at any moment and that Vladimir Putin would launch a campaign to take over Ukraine. If this happens, Russia will take over Ukraine in just three hours.

The US national security adviser expressed concern to the Senate committee, saying the war would have “a great cost” if it broke out. There will be a lot of bloodshed. Earlier this month US military officials said Russia was planning to invade Ukraine. The United States has already announced that NATO forces will be ready to defend Ukraine if Russia invades Ukraine.

On the other hand, the leaders of France and Germany have made efforts to de-escalate tensions between the US and Russia over the Ukraine issue and to reach an agreement between the two countries. French President Emmanuel Macro will hold talks with Vladimir Putin and German Chancellor Olaf Schulz will discuss the issue with US President George W Bush.

French President Emmanuel Macron has arrived in Russia and will call on Vladimir Putin to appeal for peace. German Chancellor Olaf Schultz will arrive in the US to hold talks with Biden. The visit of the President of France to Russia and the visit of the Chancellor of Germany to the United States will prove to be very important in the context of the Russia-Ukraine crisis.