Russia should withdraw troops if it does not want to invade Ukraine: Anthony Blinken 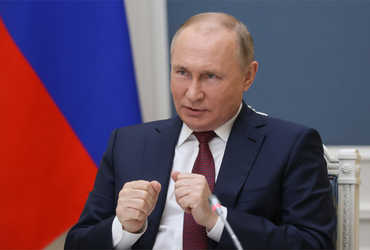 “If President Putin doesn’t even want a coup in Ukraine, he should have serious discussions and strengthen Europe’s security.”

WASHINGTON: US Secretary of State Anthony Blinken has told Russian Foreign Minister Sergei Lavrov that “if Russia does not want to invade Ukraine, it will have to withdraw its forces from the Ukrainian border and withdraw heavy military equipment.” ‘

A senior State Department official, speaking on condition of anonymity, said: “If President Putin really doesn’t want to invade Ukraine or overthrow the government there, it’s time for him to withdraw his forces.” And heavy military equipment must be removed. Ukraine’s border and talks must be taken seriously. And thus Europe’s collective security must be strengthened, the US secretary of state told the Russian foreign minister.

It is well known that the whole world is currently in a state of tension due to the Ukraine crisis. If war breaks out between Russia and Ukraine, the United States and several European countries will join Ukraine. Russia and China, on the other hand, and North Korea are involved. All these powers have missiles equipped with nuclear weapons. Therefore, the devastation caused by that war will not go unnoticed by every country in the world. So everyone is desperate to end this war.