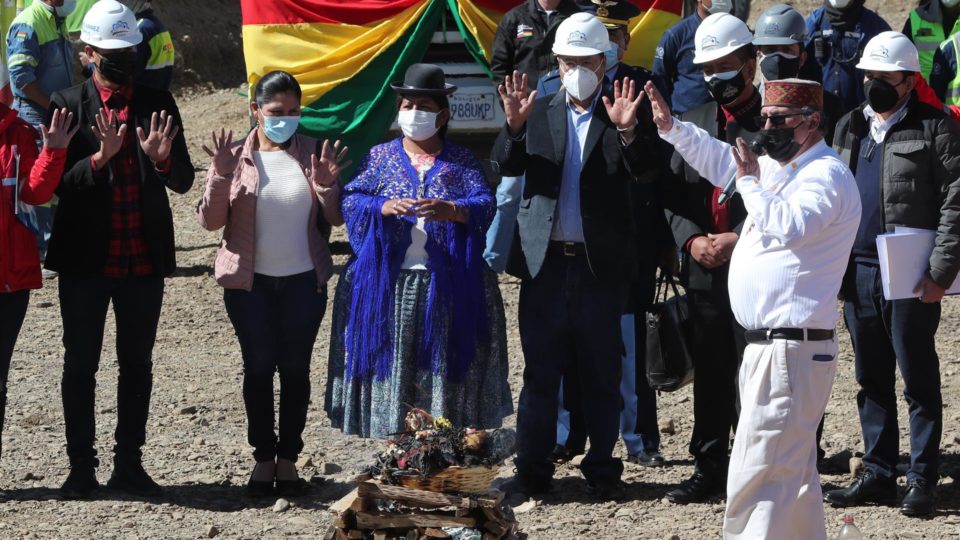 Bolivian President Luis Arce participates in an offering to Pachamama (Mother Earth) ahead of the act that launched the construction of the platform where a nuclear reactor will operate in El Alto, Bolivia, July 26 | Photo credit: EFE / Martin Alipaz

The Russian atomic agency Rosatom started building a reactor for the Center for Research and Development of Nuclear Technologies in Bolivia (CIDTN) on Monday, a project that was halted in 2019.

According to the RIA Novosti news agency, Rosatom said it was “unique and unprecedented in the world” to be built in the town of El Alto, located 4,000 meters above sea level. The atomic agency also pointed out that the reactor construction site is the tallest in the world among those that housed nuclear facilities.

On March 6, 2016, Bolivia and Russia signed an intergovernmental agreement providing for the construction of a nuclear research center. The project, valued at $ 300 million, according to official data, includes a low-power nuclear research reactor, a cyclotron acceleration center and radiopharmacy equipment, a multipurpose irradiation plant, and a research and development laboratory. nuclear training. The facility, which will occupy 15 hectares, is intended for energy, medical and agrifood research.

The construction of the center is part of the peaceful civilian atomic energy plan announced by the Bolivian government in 2014 and supported by the International Atomic Energy Agency. The project, which initially provided for the construction of the reactor until 2022, was halted in 2019 and reactivated this year.