Russia got ahead but failed in vaccine diplomacy 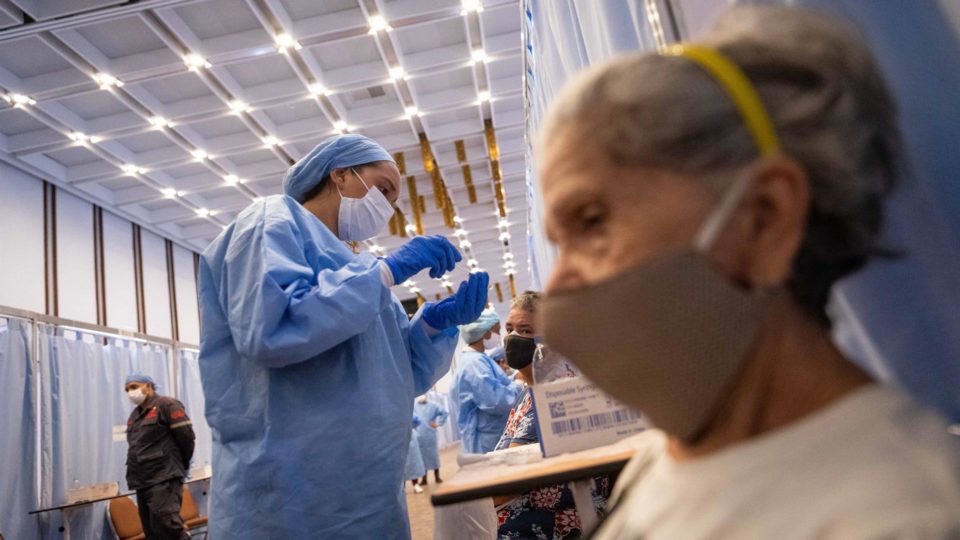 A year ago, Russia proudly announced the approval of the world’s first vaccine against Covid-19. The decision of the Russian authorities, taken after only two months of clinical trials, represented a decisive step in the dissemination of Sputnik V to other countries, allowing the Kremlin to use it as a diplomatic tool to increase its geopolitical influence.

So far, the main Russian immunizing agent has been approved in 69 countries – although Brazil is included in this list, Anvisa has only allowed importation of restricted doses – and is used in vaccination campaigns in 50 countries on four continents. Contracts have been signed with governments to send hundreds of millions of doses of vaccines overseas.

Despite some initial resistance to the efficacy of the vaccine, the advertising campaign got off to a good start. Kirill Dmitriev, head of the Russian Direct Investment Fund (RDIF, which financed Sputnik V), was able to exploit the fact that the leaders of the Western powers were more concerned with vaccinating their own populations than trying to compete on the International market.

Like the Chinese vaccines from Sinopharm and Sinovac, Sputnik V has been touted as a lifeline for countries that have not developed their own vaccines or have been unable to strike deals with Western pharmaceuticals, by due to the strong worldwide demand for doses.

For Russia, this was particularly important on the European continent. The European Union’s collective effort to buy the vaccines was initially a disaster. Vaccination in countries in the bloc, compared to those carried out in the United States and the United Kingdom in the first quarter of 2021, has advanced very slowly.

In view of this, some governments, like Hungary and Slovakia, have decided to do business with the Russians, while other countries, like Germany, have also seriously considered purchasing the formula. EU leaders, in turn, continued to claim that the agreements they signed were sufficient. “Play as member states of the [UE] against each other is naturally important for Russia, ”Pierre Vimont, a former French diplomat, recalled in an interview with BBC News.

Like any issue involving Russia in the EU, vaccines have also created confusion in political arenas, leading to the resignation of the Czech Republic’s health minister and even the downfall of the Slovak prime minister.

Russian vaccines have also reached Africa, the Middle East, Asia and Latin America, improving Russia’s image internationally, especially after a study published in the prestigious scientific journal Lancet, in February, assured that the efficiency of Sputnik V was more than 90%. Another important competitive factor of the Sputnik V is that it can be transported more easily.

But it wasn’t long before the problems started to appear.

Manufacturers appear to have issues with the production of the second dose component, which is different from the first dose and more difficult to produce. The increase in Covid-19 cases in Russia and compulsory vaccination in some places have also led the Kremlin to prioritize domestic demand. As a result, millions of doses already purchased by countries around the world have yet to be delivered.

According to a BBC News investigation, Iran has contracted 60 million doses, of which five million would be received initially. However, so far less than a million Russian vaccines have arrived in the country.

In Africa, Ghana had announced the purchase of 3.4 million Sputnik V, but at the beginning of last month it had received only 20,000 doses. A similar situation has occurred in Angola. Kenya, for its part, canceled the private importation of the vaccine into the country, after the government discovered that the doses were not coming directly from Russia, but rather from a middleman in the United Arab Emirates, according to a report. investigation of the Moscow Times.

In Latin America, the disappointment was great. The delay in the delivery of the doses, and the pressure of public opinion, caused Guatemala to halve, from 16 million to eight million, the contract it had with the Russian fund. The money that would go to these doses will be used to buy vaccines from Pfizer, Moderna and Johnson & Johnson – a setback for the Russians, who are waging an aggressive negative campaign against these manufacturers.

In Argentina, millions of people are estimated to be awaiting the second dose of Sputnik V, the deliveries of which have been repeatedly delayed. In early July, the government of Alberto Fernández threatened to cancel the contract if the Russian authorities did not send the doses.

“We urgently need something from component 2 (second dose). At this point the whole contract risks being canceled publicly,” wrote one of Fernández’s top advisers in a letter to the fund. Russian. “We understand the shortages and production difficulties of a few months ago. But now, seven months later, we are still very late as we are starting to receive regular doses from other providers, with schedules being respected.” , did he declare. added, also citing that Argentina was now able to contract with US pharmaceuticals.

The Argentine government has tried to put warm clothes on the case, downplaying friction with Russia, but the letter, leaked to the press, is another example of the importance of geopolitical issues in countries’ vaccination strategies.

After what happened, the Argentines finally got approval for the production of the second component at a local factory.

Delays were also recorded in Mexico, Honduras and Venezuela. Brazil, meanwhile, has not integrated Sputnik V into its Covid-19 vaccination program.

But it’s not just production delays that hamper the Kremlin’s vaccine diplomacy. Sputnik V has not yet been approved for emergency use by the World Health Organization (WHO), nor by internationally recognized health regulatory bodies such as the European Medicines Agency (EMA).

Russian Foreign Minister Sergei Lavrov on Wednesday commented on the pending approval of the drug in the EU: “We are convinced that when it comes to the health and life of human beings, there is no place for politics. I hope that our partners in the European Union will take this into account, “he told Russian newspaper Komsomolskaya Pravda.

Against this background, however, Sputnik V scored an important victory this week: bloc officials informed that the digital vaccination certificate from San Marino, where the majority of the population has been immunized with the Russian product, will be accepted in the countries of the European Union as equivalent. to those issued by the countries of the bloc.

The importance of Sputnik V for the global vaccination against Covid-19 has also started to slip away as the United States and other Western economies have become more active in the international vaccine market, be it to donate vaccines to poor countries via Covax or agreements between laboratories and governments – illustrated by the case of Argentina, which recently signed a contract with Pfizer.

Against this background, Russian Carnegie Endowment for International Peace analysts Paul Stronski and Grace Kier concluded: “Sputnik V turns out to be another example of Russia’s ambitions beyond its capabilities.