Rockets are launched from Lebanon against Israel, which retaliates 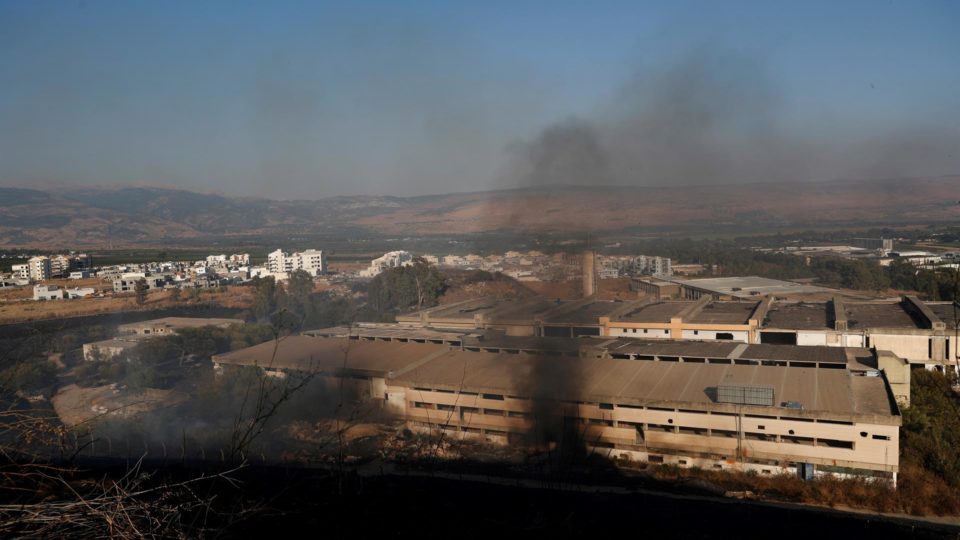 Smoke is visible after Lebanese rockets were launched at Israel in the Israeli town of Kiryat Shemona on August 4 | Photo: EFE / EPA / ATEF SAFADI

Three rockets were launched from Lebanon into the territory of Israel, which responded with artillery fire, the IDF reported on Wednesday afternoon (4). The attacks come against a backdrop of growing tensions in the region.

“Three rockets were fired from Lebanon into northern Israel. Two rockets fell on Israeli territory and one on Lebanon, ”the Israel Defense Forces (IDF) said. “In response, our artillery forces fired at Lebanon.”

Anti-aircraft alarms sounded in several Israeli towns near the border with the Arab country.

Israeli media report that a rocket exploded in an open area and another was intercepted by Israel’s air defense system, the Iron Dome. The shots started fires in Israeli territory which continued to be fought by firefighters in the early hours of Thursday (Wednesday evening in Brazil).

Israel stepped up its counterattack against targets in Lebanon on Wednesday evening. Israeli fighter jets attacked areas of the northern border where rockets left, as well as “structures used for terrorism” and a site that was used in the past for rocket fire, the military said. air.

The Israeli military has said it holds Lebanon responsible for attacks originating in its territory. Israeli officials believe the rockets were fired by Palestinian groups based in Lebanon, not the militant group Hezbollah, the Associated Press reports. However, Palestinian groups are unlikely to operate at the site without Hezbollah’s consent.

One year of the Beirut explosion

The rocket launch comes amid growing tension in the Middle East and the day Lebanon marks the first anniversary of the Beirut port explosion that left more than 200 dead, 6,500 injured and a long trail of destruction . There were demonstrations on Wednesday in the country, which is going through a serious economic crisis and a political stalemate within the government.

An international conference held on Wednesday raised $ 370 million in humanitarian aid that will be delivered to Lebanon over the next twelve months to help rebuild the country after the explosion, French President Emmanuel Macron said. The resources will mainly be used for food, schools, the health sector and water supply.

The conference, organized by France and the United States, brought together 33 governments, as well as international organizations and representatives of Lebanese society. France has pledged to donate 100 million euros ($ 118.6 million) and 500,000 doses of Covid-19 vaccines in the coming months. The US government has pledged to send $ 100 million in humanitarian aid.

Tension mounts in the Middle East

Concerns about escalating tensions in the Middle East rose this week after incidents involving tankers in the Gulf of Oman.

A group of eight or nine armed men boarded an oil tanker off the United Arab Emirates in an incident called Tuesday by the British navy as “potential hijack not linked to piracy”. The government of Oman confirmed on Wednesday that the Panamanian-flagged vessel was the target of kidnapping.

The armed group left the ship on Wednesday, the British Navy reported. The identity of the kidnappers is unclear, although some countries, including the UK, have accused Iran of supporting the action, which the Iranian government has denied.