Rockets are launched against Kabul airport 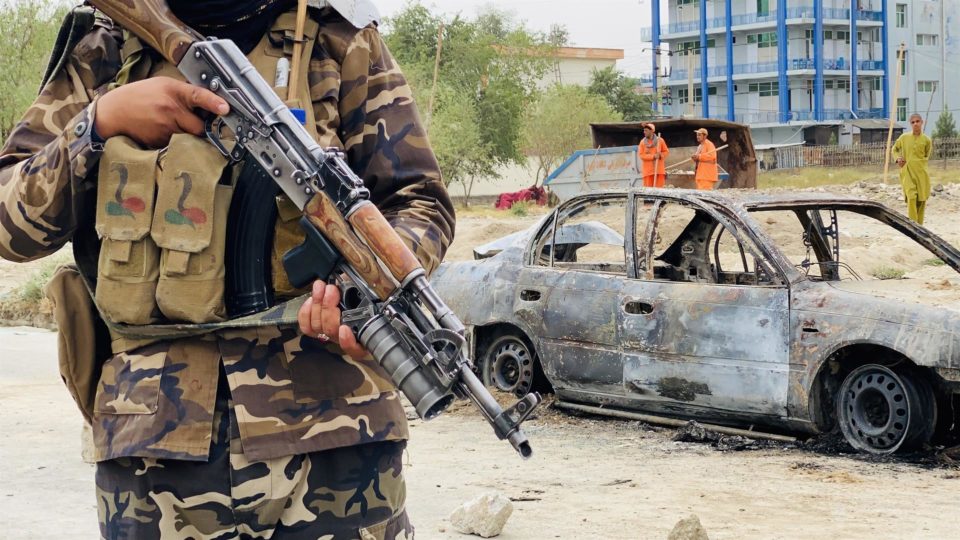 Taliban member in front of vehicle that was used to fire rockets at the airport in Kabul, Afghanistan, August 30 | Photo: EFE / EPA / STRINGER

A foreign missile defense system intercepted at least five rockets fired at Kabul airport on Monday morning (30), as the United States-led military attempts to finalize the withdrawal of civilians from Afghanistan, at a day of the deadline for the evacuation operation and the threat of further terrorist attacks.

So far, no casualties have been reported from the shootings, an unnamed US official told Reuters. The attacks did not prevent military planes from taking off from Hamid Karzai International Airport, which was the target of two suicide bombings last week that killed at least 170 people, including 13 US servicemen.

The projectiles were fired from an automobile in the locality of Lab-e-jar, north of the Afghan capital. ISIS claimed responsibility for the attacks.

“Several rockets were fired towards the airport, most of them falling in unoccupied areas, causing no casualties. So far, we have no information on the casualties,” said the spokesperson for the Taliban in Efe Bilal Karimi. “We are investigating the attacks to determine who carried them out and the motives,” added the representative of the insurgent group.

Another Taliban source consulted by Efe, who asked to remain anonymous, confirmed that the vast majority of the artifacts were intercepted by the defense systems of foreign forces operating at the airport.

On Monday, US forces and their allies withdrew from Afghanistan at least 114,000 of its citizens and Afghans who worked with those countries during the 20 years of conflict.

Monday’s shooting comes a day after the United States launched a drone strike, which the U.S. government said targeted operatives of Islamic State-K, the group responsible for Thursday’s suicide bombings.

However, press reports indicate that civilians, including children, were killed in the attack. According to CNN, which heard from a relative of the victims, nine family members, including six children, died in the US drone attack, which hit a residential area in Kabul.

The U.S. Central Command said on Sunday that the attack targeted an Islamic State operative suspected of planning a suicide bombing at Kabul airport.

The youngest victim was a 2-year-old girl, the brother of one of the dead told CNN, who said the affected residence was the home where his siblings and their families lived. “We are not the Islamic State,” he said. Neighbors and witnesses confirmed that several children and adults were killed and that some are still missing. One of the sources said there could be as many as 20 dead.

The US military is investigating reports of civilian deaths. “We know that there were subsequently substantial and powerful explosions resulting from the destruction of the vehicle, indicating a large amount of explosive material inside which could have caused additional casualties. may have happened and we are investigating in more detail, “said a doorman. The spokesman for the US central command in a statement.