Revelations: Osama bin Laden was allegedly drying clothes in the yard, find out how the CIA got home 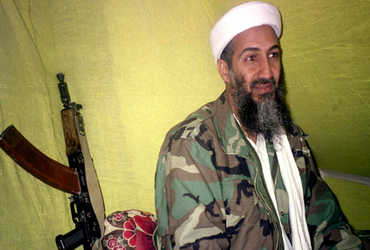 Osama bin Laden, the mastermind of the 9/11 terrorist attacks, was shot by the US military inside his home in May 2011. Bin Laden’s personal home was in the Abbottabad area of ​​Pakistan. At that time Barack Obama was the President of the United States. According to a new book, The Rise and Fall of Osama bin Laden, the number of clothes drying up in bin Laden’s yard helped the CIA identify him and kill him. The book is written by CNN national security analyst and former CNN producer Peter Berg.

The bodyguard was asked to build a private house

Bin Laden’s three wives and family were separated after the 9/11 terrorist attacks in the United States. Bin Laden himself was hiding in the mountains of Afghanistan and northern Pakistan. It is said that he has once again taken an oath to bring his family together. Bin Laden asked his bodyguard Ibrahim Saeed Ahmed Abd al-Hamid to buy a plot of land and build a private house in Abbottabad, Pakistan.

According to bin Laden, a three-storey house was built in Abbottabad. There were four bedrooms on the first and second floors and all had a bathroom. Upstairs there was a bedroom, bathroom, study and terrace for bin Laden’s use. Reportedly, the family members started living in the house in 2005 and since then started living in the same house.

The bodyguard along with his family members used to come home every day and lived in another house built on the premises. Strict security rules were followed in the house and bodyguards were not allowed to be seen with anyone. One day in 2010, a CIA informant in Peshawar allegedly saw bodyguard Ibrahim in the crowd. According to the book, the CIA followed his car in August and reached bin Laden’s private home, where bin Laden’s three wives, eight children and four grandchildren were living.

A rendezvous was built around the house

There were several things in the building that raised the suspicion of the CIA. Especially if there is no telephone or internet line and the house has few windows. The CIA established a base around bin Laden’s house to track his occupants. Meanwhile, the dry clothes in the courtyard of that house further strengthened the suspicion of the US private agency.

Doubt strengthened by the count of drying clothes

The CIA found that every morning the courtyard was littered with women’s clothing, traditional Pakistani men’s clothing, baby diapers and some other clothing, which allegedly pointed to a few more people inside the house than the bodyguard’s 11 family members. Was doing.

The agent estimated that there were one adult male, some adult females and nine children in the house. The then US President Barack Obama presented evidence to the CIA and he ordered proceedings for the assassination. Finally, in May 2011, a US military campaign against global terrorism was launched, following which Washington announced that Osama bin Laden had been killed.