Remnants of Ida Hit East Coast of US; at least 46 dead 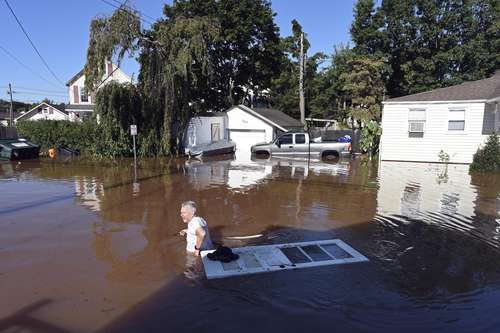 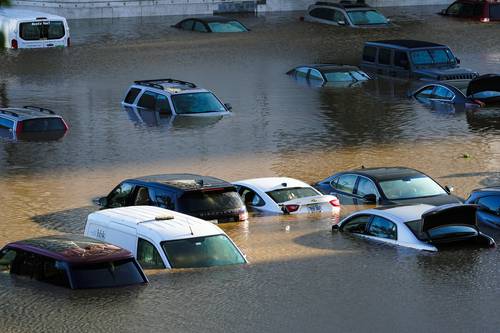 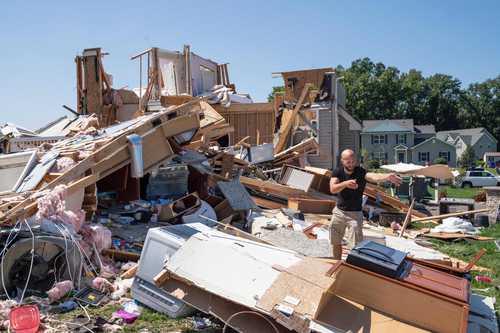 ▲ Debris from a home destroyed by a tornado in Mullica Hill, NJ, Afp photo

New York. The remnants of Hurricane Ida caused historic rains on the east coast of the United States, with at least 46 deaths and severe material damage, mainly in New York, New Jersey, Pennsylvania and Connecticut; basement flooding, river overflowing, and highways and boulevards turned into canals are reported.

President Joe Biden noted that the damage indicates that extreme storms and the climate crisis are already here, which is one of the great challenges of our time. We must be better prepared. We have to act. He added that he is in contact with the governors of the affected states.

Ida made landfall on Sunday near Port Fourchon, Louisiana, as a Category 4 hurricane, and as it moved north it weakened to a storm, but caused tornadoes in areas where they rarely happen, and had enough force to flood Pennsylvania, New Jersey and New York.

In its wake it has already struck eight states, among the most affected New Orleans and Louisiana, and has left at least 62 dead in the United States, severe material damage and more than a million people without electricity. The weather service warned that the tornado threat remained in the affected areas as Ida made its way through New England.

In New Jersey, at least 23 people perished; rescuers knocked from door to door to make sure there were no casualties. More than 200 flights were canceled at the Newark airport, according to the aviation portal FlightAware.

In neighboring New York City, at least 13 people died, 11 of them trapped in flooded basements, said Mayor Bill de Blasio. The victims were between the ages of 2 and 86, police said. Three deaths were reported in the Westchester suburb.

The governor of New York, Kathy Hochul, declared a state of emergency, and asked the population to stay off roads and avoid unnecessary travel.

The floods impeded traffic on the main thoroughfares in several major city districts, including Manhattan, the Bronx and Queens, submerging many vehicles, from which hundreds of people were rescued.

Metro stations and tracks were flooded to the extent that the Metropolitan Transportation Authority suspended all services. Videos posted in real time showed passengers standing in the seats of wagons filled with water. Hundreds of flights were canceled at LaGuardia and JF Kenedy airports.

Five other people died in the greater Philadelphia area of ​​Pennsylvania. Emergency services carried out thousands of rescues across the state, pulling people out of buildings, apartments and cars as cities and highways were flooded by rising rivers.

A police officer died after his vehicle was washed away in Woodbury, Connecticut. In Maryland another man lost his life when his apartment in Rockville, Montgomery County was flooded.

Biden assured in his message that he will keep the pressure on Congress to pass his nearly $ 1 trillion infrastructure bill to improve roads, bridges, the power grid and sewer systems.

He stressed that the challenge posed by storms and fires transcends the politics of a deeply divided nation. It is a matter of life and death and we are all in this together, he pointed out. He is expected to travel to the southern state of Louisiana on Friday, where Ida destroyed buildings and left more than a million homes without power.

How the hell can we continue to ignore the destructive forces of climate change? Senator Bernie Sanders tweeted in a message that included videos of flooding in the New York Metro and other hit areas.

In the case of cyclones, it makes them more powerful and carries more water, posing an increasing threat to the world’s coastal communities.

On the other side of the Atlantic, several areas of Spain: Castilla-La Mancha, Catalonia and the Valencian Community, were affected by floods caused by an isolated depression at high levels that damaged houses and cars and destroyed crops.