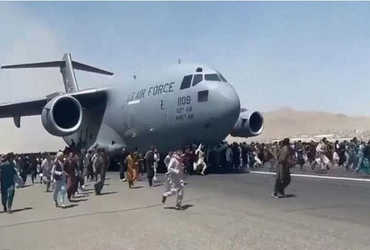 Remains of human organs were found on the wheels of a US Air Force C-17 Globemaster plane carrying American diplomats and civilians stranded in Kabul on Sunday.

Thousands of Afghans thronged the airport runway, wanting to leave the country at any cost after the Taliban captured Kabul. Meanwhile, when the US Air Force plane took off, some people were seen climbing on its wheels.

The incident is being reviewed by the US Air Force and shockingly, human remains were found on the wheels during an examination of the aircraft after landing.

A video of thousands of people running alongside a US Air Force plane also went viral. It is being speculated that these may be the remains of people who fell during the race or fell on the runway due to firing.

The US military says a car bomb exploded at an Iraqi police recruitment center in Kisak, west of Mosul.

Sexual violence by women – When there is no “protective instinct”

You can now repair your iPhone in MediaMarkt, which becomes Apple Authorized Technical Service