Relatives search for detainees after protests in Cuba 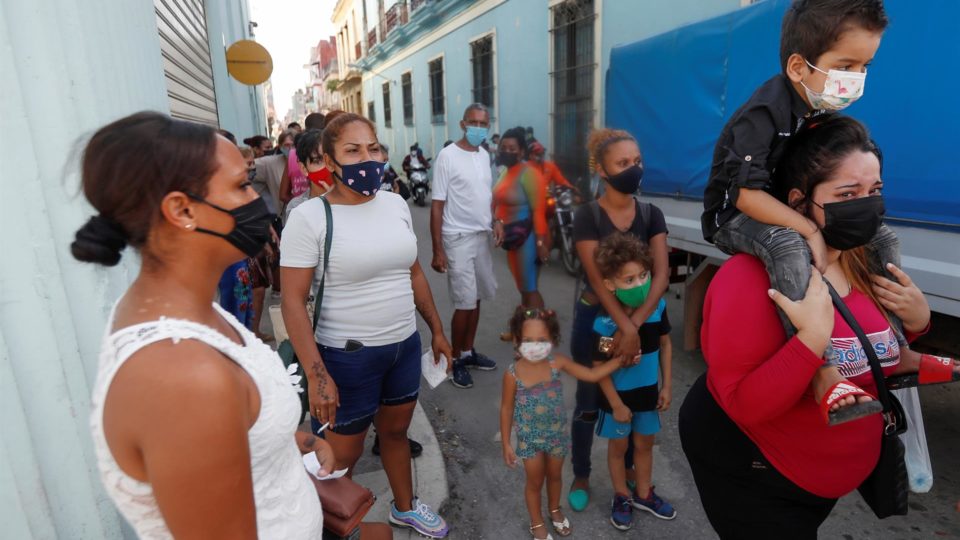 Family members are seeking information on Cubans who were detained after the protests last Sunday. Photo: Yander Zamora / Agência EFE / Gazeta do Povo

Mothers, fathers, brothers and spouses of those held in protests against the Cuban government went to Havana police stations on Monday (12) to inquire about the whereabouts of relatives, whom they accuse of having been mistreated by the police.

The vast majority of relatives gathered in front of the police station were women. The number of detainees in the protests is not known, as authorities did not provide data on arrests. Local activists have drawn up a provisional list of 65 names in Havana alone.

The protests began on Sunday morning in San Antonio de los Baños, where thousands of residents took to the streets to protest against the shortage of basic goods and medicines, the power cuts and the generalization of the exclusive payment in foreign currency. foreigners, inaccessible to most of the population. .population. In the hours that followed, protests spread to other cities with clashes between protesters and authorities, as well as looting.

See the video below: