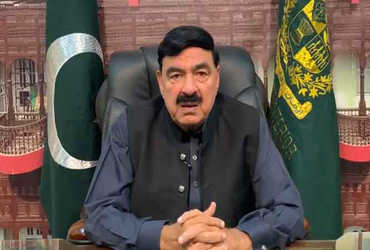 Rashid said that India has suffered its biggest defeat in Afghanistan and now its spy agency RAW is paying local thugs to disturb peace in Pakistan.

Sheikh Rashid further said that Pakistan government will not hold talks with Taliban, they are against Pakistan.

Rashid accused India of making baseless and baseless allegations that terrorist attacks in Pakistan have increased in recent months and that India was involved in the Lahore blasts last year.

On the ongoing tension with Afghanistan over the issue of border fencing, Sheikh Rashid said that the 21 km area along the Afghan border is now pending.