Put money aside, I put my shoes aside: Afghan President Ashraf Ghani 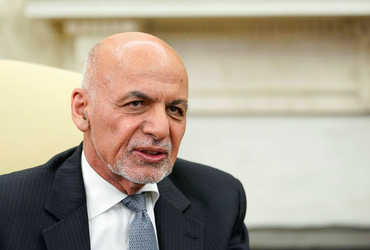 President Ashraf Ghani, who fled Afghanistan, is currently with the United Arab Emirates. The international news agency says Ghani is in talks with the Taliban to return home.

“If I had lived in Kabul, I would have been killed. For security reasons, I have been forced to move away from Afghanistan. Those who do not know me should not make any decisions for me,” Ghani said.

He said, “I tried to negotiate with the Taliban but to no avail. I wanted to hand over power peacefully. I have left the country and saved my people from a bloody war. It is wrong for me to run away with money.” ” On the contrary, I have gone out of the country. The security officials gave me this advice, because they said that if I stayed in the country, a more bloody situation would have arisen.

When Ashraf Ghani was accused of running away with 12 billion rupees, Ghani now says that even when it comes to money, I have left my shoes in Afghanistan.