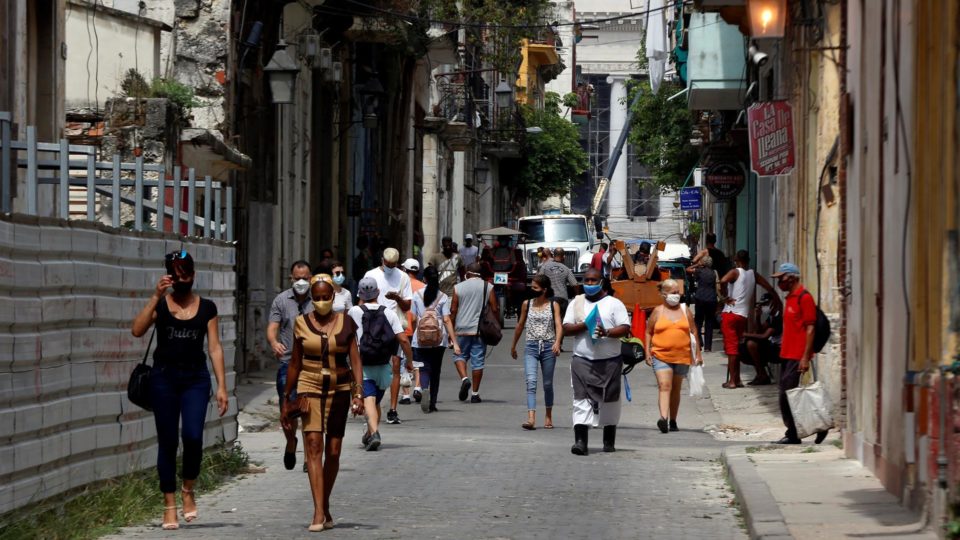 The recent protests in Cuba have highlighted the dissatisfaction of the population with the living conditions in the country. Cubans have taken to the streets to demand fundamental freedoms and also driven by discontent with the crisis, made worse by the pandemic, which has left many people without access to medicines and medical services.

The health system in Cuba is recognized by the international community as a success. Among the most famous data are the low infant mortality and high life expectancy on the Caribbean island, rates comparable to those in developed countries.

According to official figures, Cuba has one of the lowest infant mortality rates in the world, with around 4.2 deaths per 1,000 live births. The life expectancy of a Cuban is 78.98 years, higher than that of Brazilians and similar to those born in the United States.

However, the data of an authoritarian regime like the Cuban dictatorship should be viewed with caution, and there is evidence that these statistics do not accurately reflect reality.

There are studies that argue that Cuban health gains are achieved through the manipulation of data and the regime’s repressive methods. A 2018 survey reports that doctors in Cuba are falsifying infant mortality statistics to keep these rates artificially low.

In addition, doctors pressure women to have abortions – or even perform abortions without the mothers’ clear consent – when fetal abnormalities are detected, which could lead to an increase in the infant mortality rate, another study reports. earlier. Artificially reducing the number of child deaths also has the effect of increasing the nominal life expectancy rate.

There are excellent hospitals in Cuba which attract foreigners seeking more affordable medical care than in their home country. But the system that the average Cuban citizen has access to is quite different, according to numerous news articles, testimonies and documents.

Jaime Suchlicki, director of the Institute of Cuban Studies at the University of Miami (United States), explained the island’s healthcare division.

There are three health systems in Cuba: the first is that of services offered to foreigners, part of the so-called medical tourism, which brings an important source of income to the regime and creates a reputation for superiority in the country’s health system. . Tourists pay in dollars and are treated in well-equipped hospitals comparable to “first world” hospitals. These places also offer beauty treatments and plastic surgery.

The second layer is that of the Cuban elites: the Party authorities, the military, the intellectuals, among others, receive excellent care such as that offered to tourists.

Third, the system available to the common population, which suffers from a shortage of basic products.

An Efe report in June showed the public health situation in the country, where those who fall ill have no medicine to cure themselves. The island’s pharmacy and hospital pantries are virtually empty, making the population even more vulnerable to treatable illnesses.

Without drugs, Cubans rely on the solidarity of neighbors, who share what they can, with drug distribution networks with the help of those who live in other countries, and with the black market – there are pain relievers, antibiotics, blood thinners and others. by a price up to ten times higher than the original in online sales groups.

The Covid-19 has made the situation even worse. Cuba is facing its worst moment of the pandemic, with a record number of daily cases recorded this week.

Mayi Del Valle, a librarian who lives in Ceballos, in the central province of Ciego de Ávila, told The Associated Press on Wednesday that there were “every day more sick, more dead, one family member, a friend, a neighbor “.

She said there is a shortage of medicines of all kinds and the health infrastructure is overwhelmed by the number of people who cannot find a bed or are not treated quickly. “There are people who cross the Covid at home with herbs,” he lamented.

Interviewees this week told Radio Televisión Martí, a U.S. government-funded broadcaster that broadcasts Spanish news in Cuba, that the crisis has increased the black market for drugs and overcrowded hospitals, which lack beds and facilities. oxygen.

The newspaper Diário de Cuba also reports on the precarious situation of the places used to isolate people suspected of having Covid-19 in Havana. These are schools and other places that have been converted into isolation centers and are facing a lack of drugs, equipment and health personnel.

According to the report, “the terrible situation in the isolation centers and the lack of drugs are contributing to more and more Cubans with symptoms of Covid-19 hide them and self-isolate at home, to transmit disease with the support of their families, using alternative drugs and trying to find palliative drugs in Internet sales groups. “

Also in the context of the pandemic, Cuba was revered for being the first country in Latin America to develop vaccination against Covid-19. There are five vaccines, two of which – Sovereign 02 and Abdala – are widely used in the island’s vaccination campaign. Despite scientific progress, there are many doubts about the effectiveness and safety of the drug.

Cuban activists and independent journalists recently denounced the case of Jacqueline Borrego Cuesta, a member of the Opposition Movement for a New Republic who died on May 10 in Havana. According to the allegations, the 50-year-old woman was not receiving specialized medical care due to her political stance and died of malnutrition after months in bed at home.

According to a report by journalist Héctor Luis Valdés Cocho, reporter for ADN Cuba, the activist was admitted to hospital in 2018 after a multiple stroke that affected a large part of her body, and it has been more than a year since she had received the care her state of health required. Jacqueline’s family told the reporter they believed the abandonment had happened “because she was an activist.”

According to Valdés Cocho, every time the activist’s husband went to seek help from the health unit in his neighborhood, he heard the same “excuses”: the staff of the neurology service in his locality were on mission or providing treatment. from Covid-19 patients to others.

“She died in the hospital itself, where they were supposed to give her all the care she needed to fight the illness she suffered from. Do they seriously intend to continue to sell us the discourse of medical power? Are they seriously thinking about continuing to cheat on us? “, asked the journalist.” I will never tire of denying the absurd speech of the medical power that the Cuban regime preaches so much at the international level.

Another similar case was denounced in April by Cuban activists. Human rights activist Lisset Naranjo Girón, 36, died of kidney failure, “amid neglect and precariousness,” according to the complaint.