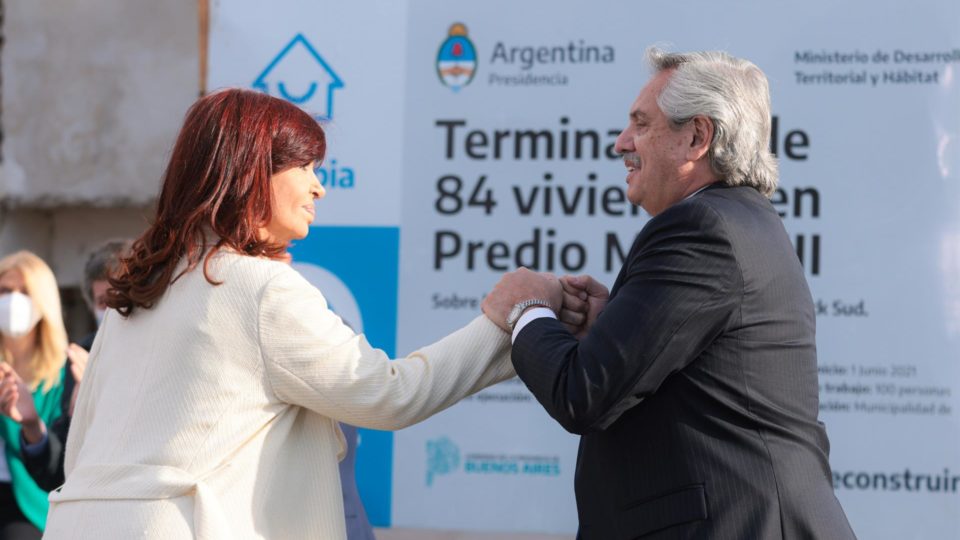 Vice Cristina Kirchner supported President Alberto Fernández after the scandal sparked by a photo of the birthday of the First Lady in the middle of the pandemic | Photo: Esteban Collazo / EFE

A prosecutor formally denounced this Thursday (26) the Argentine President, Alberto Fernández, for violating the health restrictions imposed in the country due to the Covid-19 pandemic.

The measure was taken due to the holding of a birthday party for the first lady, Fabiola Yáñez, on July 14, 2020, in full national confinement.

For not respecting the rule imposed by the government itself, the prosecutor Ramiro González accused not only Fernández, but Yáñez and the nine friends with whom they were at the party, held at the presidential residence of Olivos.

A first complaint regarding the case was lodged on July 28 by two opposition activists in the government of the current president, when the results of visits to the presidential residence during the strict quarantine in force in 2020 were made public on August 12, from the photos of the first lady’s birthday.

The images show more than 10 people, including Fernández, celebrating Yáñez’s birthday on July 14, 2020, as Argentina was under a presidential decree with severe restrictions, including a ban on social gatherings, under the threat of sanctions.

A week later, more footage was released showing the president and the first lady without masks and social distancing at the party, held indoors.

After the photos became public, the Argentine president apologized and admitted that the event “should not have happened”.

Shortly before the prosecutor’s decision was announced, Fernández today delivered to the court a document in which he requested the dismissal of the complaint, claiming that the case was an “abstract danger crime” and that ” there had been no damage to public health “.

In the 36-page document, Fernández also declared his intention to donate half of his salary for four months to the Institute of Microbiology of Buenos Aires in compensation for the events.

The party photos have had a major impact on the public image of the president, with less than a month before the primaries that will define the candidates for the legislative elections in November.