President Biden talks about his decision to withdraw troops from Afghanistan 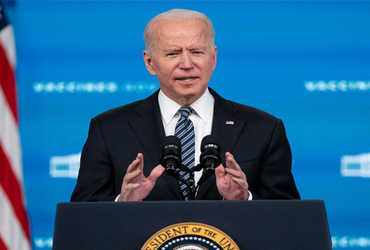 The Taliban has tightened its hold on various Afghan territories. The terrorist organization is said to now control 65% of the country. Meanwhile, US President Joe Biden has called on Afghan leaders to fight for their homeland.

Speaking to reporters at the White House on Tuesday, Joe Biden said, “Afghan leaders must unite. Afghan soldiers outnumber the Taliban and they should fight. They should fight for themselves, for their country.”

The US president said he did not regret the decision to withdraw his troops, Reuters reported. He said his decision was justified in light of the fact that Washington has spent more than a trillion dollars over 20 years and lost thousands of soldiers, although President Biden said the United States had lost vital air support, food, has continued to provide equipment and salaries. Afghan army.