Preparing for war against Taliban? Thousands of fighters gathered in Panjshiro 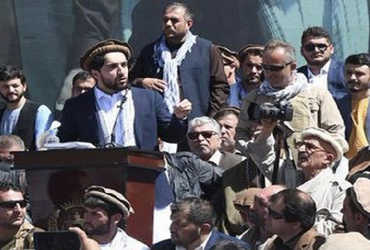 Anti-Taliban soldiers are gathering in Panjshir province under the leadership of Ahmed Masood. He is the son of Ahmed Shah Masood, who previously defeated the Taliban.

Ahmed Masood has written an article in an American newspaper and talked about the war against the Taliban. “We have thousands of fighters with us in Panjshir,” he said. Those who are ready to fight the Taliban. Even if America withdraws from Afghanistan, it can still provide us with weapons and other aid. So that we can defeat the Taliban.

Some foreign media reports also said that Afghan soldiers who did not accept the Taliban’s surrender are currently taking refuge in Panjshir. He has deep resentment towards the Taliban.

Amrullah Saleh, Afghanistan’s self-styled caretaker president and a staunch opponent of the Taliban, has also taken refuge in Panjshir. The Taliban appears to be getting a strong backlash from the province.